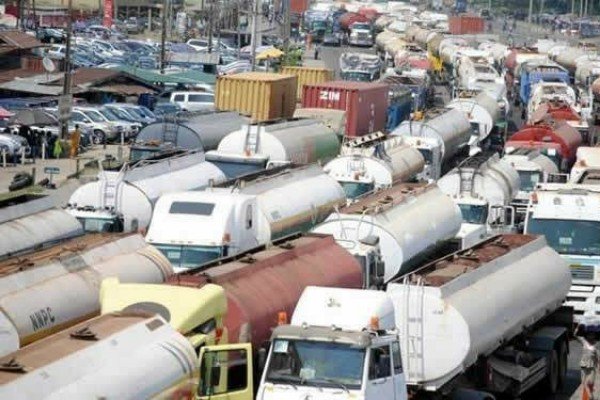 Nigerian exporters have raised the alarm that cashew nuts valued at $300m (₦108billion) have been trapped at the Lagos Ports and called on the federal government to come to their aid by addressing the challenges of congestion and inefficiency at Lagos’ ports, which have affected exports.

The exporters said gridlock and inefficiency at the ports of Nigeria’s commercial hub, Lagos, delayed shipment of 50,000 tonnes of cashew nuts and is threatening this year’s output as traders are cash-strapped.

President of Nigeria Cashew Exporters Association, Tola Fasheru told Bloomberg.com that the fruits from last year’s harvest should have been exported by January.

He said:
“Instead, they are still in containers on trucks waiting to enter the ports or on wharves”

“Roads to Lagos ports are badly congested, with hundreds of lorries queuing to enter the premises and either deliver or pick goods. In addition, inadequate capacity and infrastructure, stifling red tape and corruption are hampering export processes”

Also Read: European Union Wants All New Cars To Have Speed Limiters By 2022

Some members of the cashew association, he added, have defaulted on contracts to the extent that foreign buyers are now walking away from them.

He continued :
“They are no longer willing to give us fresh contracts,” said the group’s president. The delay is likely to affect the output target of 260,000 tonnes for the current season, which started in February and will end in July.

GTBank Reacts To Innoson’s Claims Of Taking Over GTBank

Innoson Claims They Have Taken Over GTBank Over N8.7 Billion Judgement Debt