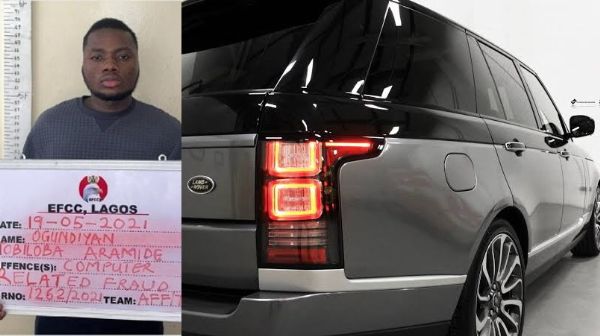 The commission said tobiloba committed online fraud and converted his loot to the cryptocurrency (bitcoin).

He was caught while trying to use bitcoin to buy 2018 Range Rover Vela worth N44 million from a dealership in Lekki. 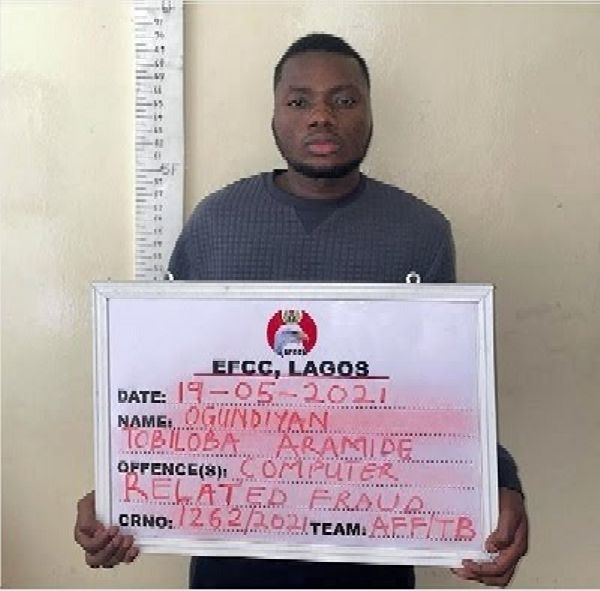 The Economic and Financial Crimes Commission (EFCC) efforts to rid off Financial Crimes from Nigeria recently led to the arrest of Tobiloba Aramide Ogundiyan for allegedly committing online fraud and converting his loot to the cryptocurrency.

According to the law enforcement agency, Tobiloba was arrested while trying to use bitcoin to buy a 2018 Range Rover Velar SUV worth N44 million from a dealership in Lekki area of Lagos State.

An EFCC source said Ogundiyan “acquired his ill-gotten wealth from internet fraud, layered it into a Bitcoin account and finally integrated it by approaching a car shop owner in Lekki to purchase a Range Rover Vela P380 2018 model worth N44,000,000 ($97,626 USD in Bitcoin) sometime in March 2021”. 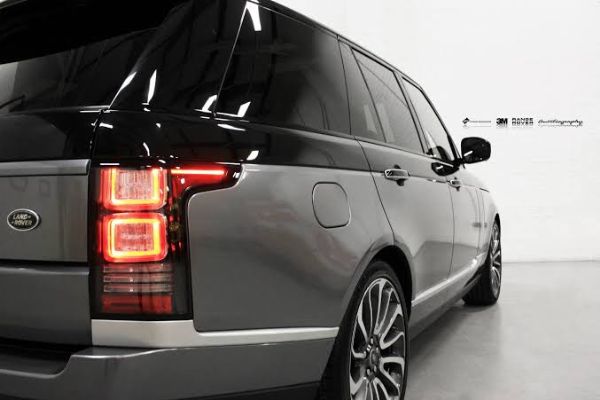 Note : Not the exact Range Rover

Tobiloba was paraded alongside seven others for alleged computer-related fraud. They were arrested in May by the operatives of the Lagos Zonal Office at River View Estate, Lekki, Lagos.

The commission said some of the suspects had completed the three stages of money laundering i.e. placement, layering and integration.

Movie Producer Turns Up In Style At Obi Cubana’s Mansion In Jaguar F-Type, Gifts Him Suitcase Full Of Money