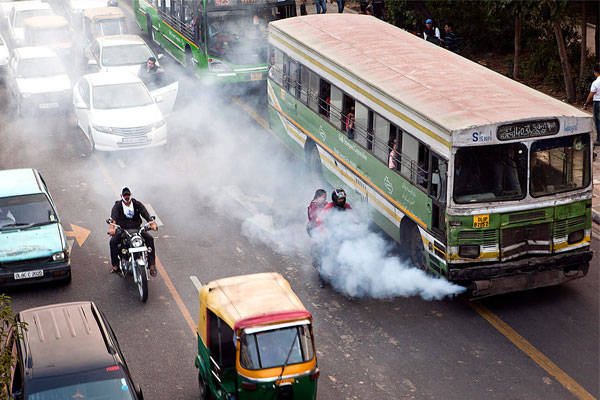 In an effort to reduce pollution, Delhi, has banned the entry of petrol and diesel automobiles.

The move is part of a series of steps taken in the past few days to arrest the deteriorating condition of the city’s air quality.

The order, effective from November 27 till December 3, allows entry of only CNG, electric vehicles into the national capital.

However, the timing and adequacy of the measures has come under questioning and also drawn sharp comments from the Supreme Court.

With its EV policy, the Delhi government has also pushed for electric vehicles, albeit it recently halted subsidies for electric vehicles.
Diesel vehicles with engines larger than 2.0 litres were previously prohibited in the national capital, however the ban was later lifted.
Another strategy used by the state government to combat pollution in recent years is the odd-even rule.