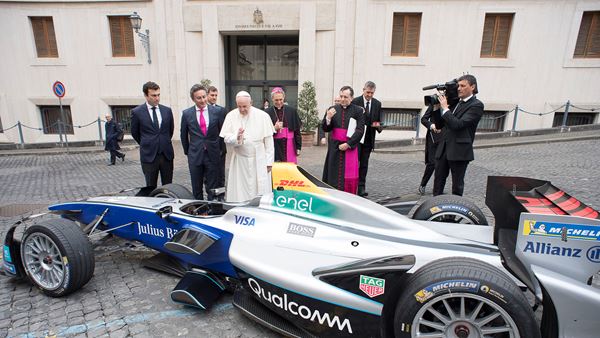 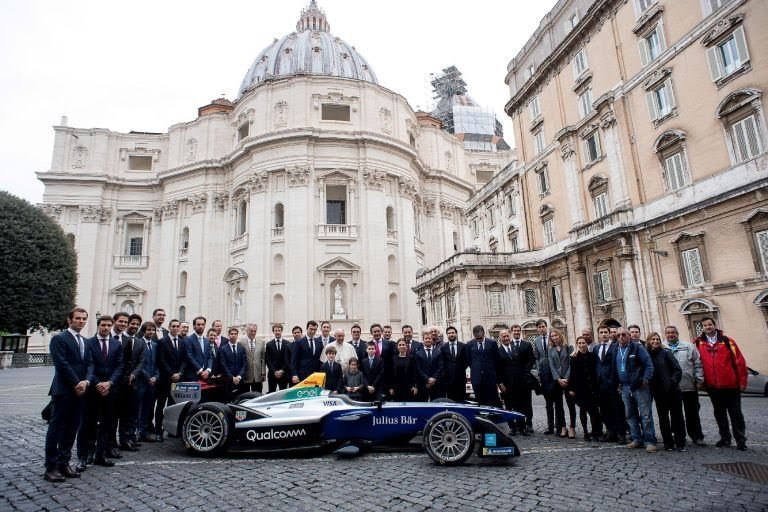 Last week, Pope Francis welcomed a selection of drivers competing in the Formula E Championship along with the co-founders, CEO and deputy CEO to his residence in Santa Marta ahead of the series first E-Prix on the streets of Rome on Saturday April 14.

After the usual handshakes and other rituals imposed by the occasion, the Pope went on and performed a private apostolic blessing on them and on the official championship car. 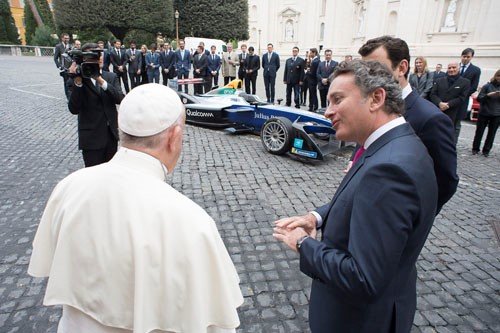 Formula E this season will have races planned in 9 countries. Only five countries including Germany, Italy, Uruguay, Chile, and Mexico, are officially Catholic states.

China is officially atheist ,with people in divided religions like Buddhism, Taoism, and Confucianism . Switzerland has no official religion , Morocco goes the Sunni Islam way, and the Americans are mostly Christians.

Rome is round seven of the 12-race series. DS Virgin Racing star, Sam Bird won the inaugural Formula E race in Rome on saturday to boost his title hopes with his second victory of the season.