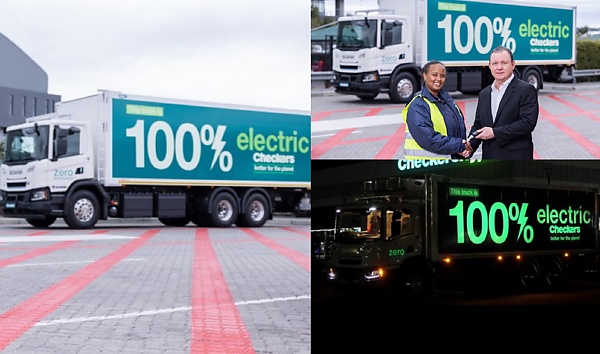 Shoprite Group’s new electric heavy-duty truck has “Glow In The Dark” signage and will drive 350-km on full charge.

Addition of new electric truck is part of its ongoing efforts to reduce environmental impact of its supply chain.

900+ of its trailers fitted with solar panels to allow its refrigeration to continue to run even when the truck is switched off. 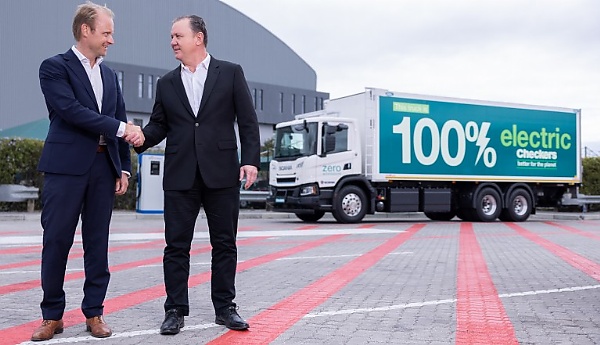 The Shoprite Group has become the first South African retailer to pilot a heavy-duty electric truck as part of its fleet as it moves to reduce fuel costs and carbon emissions released by Internal Combustion Engine-powered vehicles.​

The vehicle, a Scania Battery Electric Vehicle (BEV) with a drive range of 350-kilometers, will be driven by 28-year-old Robin Jooste from Colorado Park, and used for local deliveries, according to the Shoprite Group. 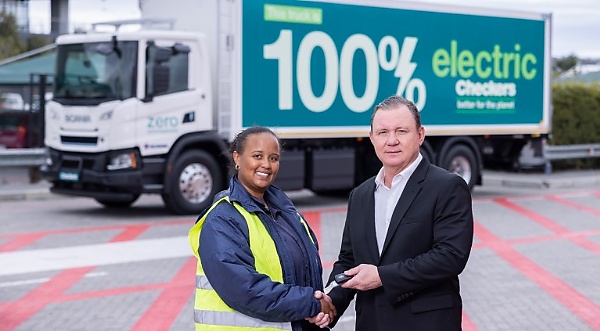 The refrigerated truck can hold approximately 16 pallets. Its fully electric cooling system is powered by the vehicle’s battery packs of the vehicle. In addition to having solar panels fitted to its roof, the all-electric truck can be recharged using renewable energy generated by the Group’s existing solar installations.

In another first, the truck’s special “glow in the dark” signage will make it more visible when travelling at night. When exposed to bright (day) light, the signage can absorb and store particles. This stored energy is again emitted when its dark, resulting in a glow. 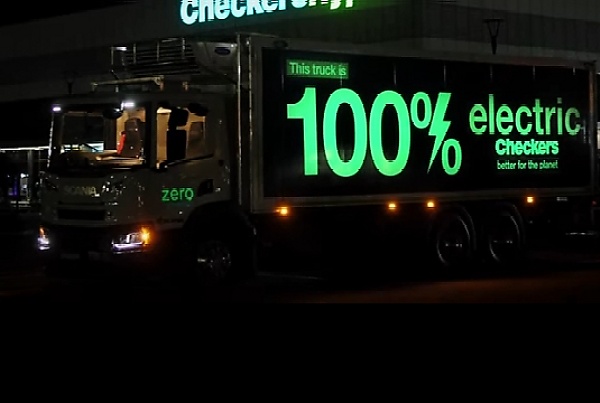 “As Africa’s largest grocery retailer, the Shoprite Group places significant focus on reducing its environmental impact across its operations. One of the ways we’re doing this is by increasing the energy efficiency of our truck fleet.”, says Andrew Havinga, the Chief Supply Chain Officer for the Group.

“The acquisition of this, one of the world’s most advanced electric trucks, which we will charge using our existing renewable energy infrastructure, is another major move in this direction.”, he added. 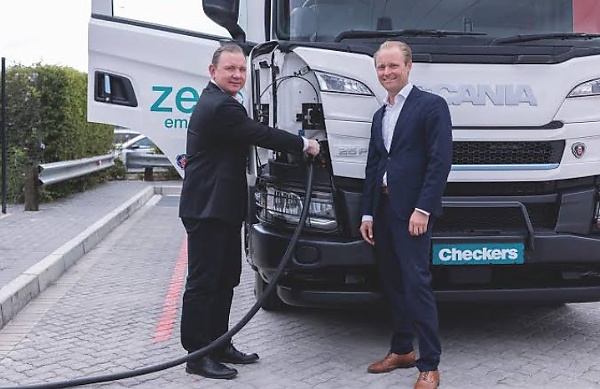 The addition of the new electric truck forms part of the Group’s ongoing efforts to reduce the environmental impact of its supply chain.

Shoprite Group recently acquired over 100 of the most fuel-efficient Euro 5 compliant trucks in Southern Africa. More than 900 of its trailers are also fitted with solar panels which enable the refrigeration and tailgate lift to continue to run on solar power even when the truck is switched off.