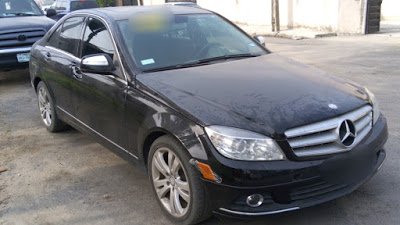 I promised to do some reviews on some cool cars i drove recently. So today I am writing on a 2009 Mercedes Benz C300 RWD. I drove it from Lagos to Portharcourt, in Rivers State, covering a distance of 630 kilometers.

This car had 98,593 miles on the odometer when I left Lagos that faithful morning and someone had filled up the tank for me the previous night with 78 liters. But from the specs of the car, the tank shouldn’t take more than 65 liters. Well, I want to put this discrepancy on our mostly unscrupulous filling stations. Though the range was 435.0 mi or 696 kilometers for highway driving.

I left pretty early and by the time I got to The Redeemed Camp, I was feeling groggy. Ha, I wiped my eyes, see trouble. I haven’t even left Lagos and here am I about to feel sleepy. All this while I was listening to the radio stations. At this point I decided to check out the hard-drive of the car before putting on the CDs I had loaded earlier. Ol’boy, I found a cache of thousands of really cool songs.

I just turned up the volume to very high and laid back as the interior of the car immediately turned into an orchestra. All the sleep vanished from my eyes and I became ‘good to go’ again.

The headlights were HID (high intensity discharge) so illumination was not an issue. But soon (like 3 hours later) I had daylight with cool weather with some fog as I exited Ogun State and entered Ore.

I checked my fuel and realized that i had only consumed about a quarter of the tank of fuel, not anywhere near half. Oh yeah. That was good.

I now had ample time and light to better appreciate the car. So i set to work…..for you guys.

Like I said, from Ore, I decided to take a much better look at the car. It’s a Mercedes Benz so I should not expect anything less than top notch materials and finishing. So was I disappointed?

For starters, this car is a V6 powered version, putting out a respectable 228 hp @ 6000 rpm. Torque is also a respectable 221 ft-lbs. @ 2700 rpm. And believe me, every ounce of these figures are available for you once you put down your foot on the accelerator. Take off, climbing a hill or overtaking were all done with aplomb. And the steering points the car precisely the very spot you want it down to the exact millimeter.

Another great thing about the engine of this car is that is is naturally aspirated so no turbo or super charging. This means that your power is delivered in a linear manner from the first thousand revs to above 7,000rpm. No turbo lag, you get your power served as at when needed. And the 7 speed gearbox is also a gem. Consistently moving through the gears as at programed. No hunting for the right gear or slamming through the gears.

Do i talk about stability? It is a very well ‘grounded’ car as it sits down and grips well on the road but i was yet to know that there is a great deal of difference between this ‘regular’ C300 and the 4Matic (All Wheel Drive) version which i drove much later the same day.

The seats are of very good leather and well stitched with great lumber and thigh support as I got into Portharcourt and was in great condition for an immediate return trip.

Once you enter the car, you are welcomed by an array of buttons on both the steering wheel and the centre console. Sadly, most of these buttons are well, small. The main display screen is well tucked away into a recess covered by a plastic and only comes out when you need it or when you press the power button for the radio and it slides quietly out and occupies a vantage position just above the central AC vents. But the ambience of the car, and the great blend of fine woods and leather cocoons you and makes you look forward to turning the key and making that trip.

The car is equipped with the ‘Command System’ so had the knob at an easy reach between the gear knob and the handrest cum central pigeon hole. With this, Mercedes intends you to navigate easily between all the various systems of the car viz; Audio, Climate Control, Harddrive, Telephone, Navigation, Service etc. Yes, it’s cool to use, and yes, you will get easily distracted in using it especially if you are not talented in extra multi tasking skills. You really need to learn to use the system well before hitting the road. And God save you that you need to navigate through some systems of the car while on motion, then you will decide to either skip that task, or risk distracting yourself on motion. That’s why they (Mercedes) warn you not to allow ‘Command’ distract you from the traffic situation. But, shaa, I like ‘Command’.

Mercedes, did not disappoint with their use of a longer throttle pedal which gives you room to even rest your whole foot on it as they have always done. This adherence to tradition can also be seen in their knob for activating the headlights and that ‘mumu’ cruise control stalk. I hate their co-location of the trafficator stalk and the cruise control at the same side. I wonder why they chose to put the trafficator under the cruise control instead of the other way round-over it. This way, you keep activating the cruise instead of the trafficator most times when you are turning. And no amount of getting used to the car and being conscious will save you from making this error.

I also wonder why they use only one stalk for the wiper controls, full beam and the trafficator. Personally, I feel they should be separated or must I go to another school to learn how to use these controls eh? 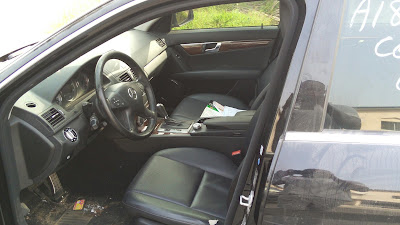 I love the trafficator system that you just nudge and it goes on and goes off as the steering returns to the straight position unlike most other cars that you have to really flick to either the up or down positions to activate.

The steering column has great height and reach adjustments, (up, down, in and out) so whatever your height, you are covered. 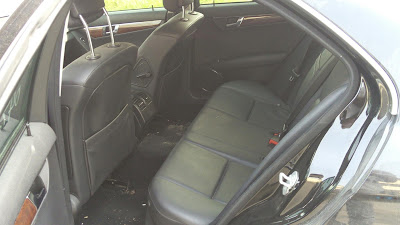 Oh, remember that once you close the door of the car, you get a reassuring thud as if to let you know you are inside a well built German machine.

I drove and drove and drove and got into Rivers State, Ahoada before the reserve light came on to warn me i was now low on fuel. Pheew, impressive i must say, so i drove several more kilometers before getting into the road opposite University of Portharcourt and bought fuel. Nice one Mercedes.

Did i enjoy driving the car? Sure.

Will this car take you to and fro your destination in comfort? Sure. But be careful because the low profile tires are susceptible to hit the road and crack the wheels.

Will you get bored driving the car? Nope.

Will you spend a lot on fueling the car? Not when on a long distance, within town, you will manage 18mpg. But a cool 25 mpg on the highway.

Will it carry your luggage? Not when you are carrying like a market woman.

Will you feel cramped inside the car? No, you have exactly the right amount of space you need. But the rear seat…..i can’t vouch, i didn’t sit there.

Extra note: I have a very elderly man in my church who drive the 4Matic version of this car and it has just been bought. Each time i see him i secretly pray he dashes me the car so i can give him a more befitting car for granddaddies. Am i being unfair?

Do not attempt overspeeding on Nigerian roads.
Our speed limit is 100kph.
And do not drive recklessly.
Drive to stay alive. 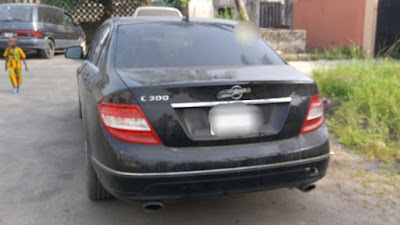