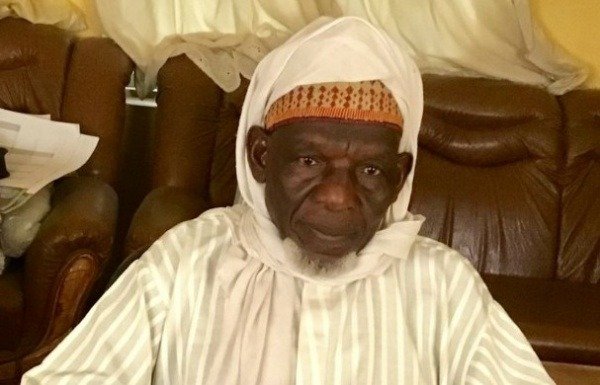 Garba, a 71 year pensioner from Bauchi gets award for returning ₦1million excess gratuity paid to him. He was a former Motor Chief Driver with the Bauchi State Judiciary.

An Abuja-based not-for-profit organisation, Accountability Lab. Nigeria, has honoured a pensioner in Bauchi State, Abubakar Garba, with a “Champion of Integrity” award for returning ₦1million excess gratuity paid to him.

Garba said the recognition excited him and would encourage others to exhibit similar honesty in future.

“It is not always money that matters, but recognition in appreciation of the sacrifice made by people. I could have gone home quietly with the excess money and it probably would not have been detected.

“However, my decision to satisfy my conscience was my ultimate goal and any recognition by whatever quarters will serve the purpose of eliciting similar behaviour from others.”

Upon getting to the bank and discovering the amount on the cheque given to him, he returned cheque to the disbursement committee, and was issued another cheque of ₦200,000.

Garba, who has one wife and seven children, said:

“My entitlement was ₦1.2 million but I had been paid N1 million some years back, leaving a balance of ₦200,000.

“When the new regime decided to settle arrears of pension and I was lucky to be considered ; I was given a cheque of ₦1.2 million again.

“I did not realise the mistake until I went to the bank and started filling the teller to lodge the money into my account.

“I promptly returned the cheque, to the surprise and amazement of members of the committee,”

Garba had said he was in dire need of money to complete the building of his house and repair his only car, but that the satisfaction of his conscience was more paramount than his needs.

“As I am talking to you now, I need ₦1.5 million to complete my house; I need ₦300,000 to resuscitate my car that had been grounded for two years.

“I had been looking for a bank that will grant me a loan, without any success, yet I returned the money”

The Country Director of Accountability Lab, Nigeria, Odeh Friday, said the Bauchi pensioner was among five others honoured by his organization on Tuesday in Abuja.

“However, we also celebrate civilians who we call ‘Champions of Integrity’ and he (Garba) is one of them,”