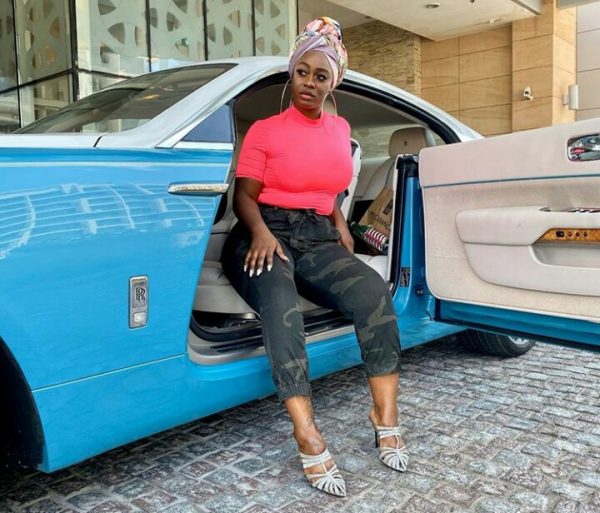 BBN Uriel, Poses With A Rolls Royce Wraith In Dubai. 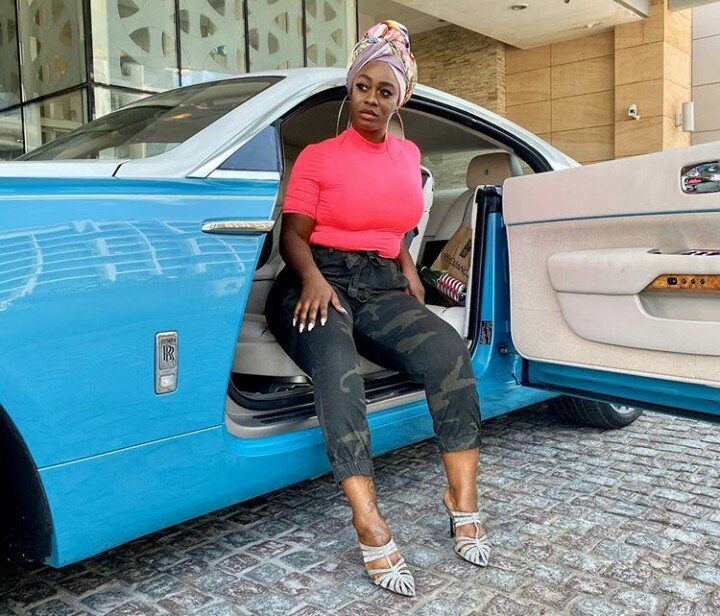 Uriel Ngozi Oputa was one of the Big Brother Naija (BBN) 2017 housemates. She’s currently in Dubai for the One Africa Music Fest; a good number Nigerian celebrities graced this event. Uriel recently posted a classy picture of her sitting in a Rolls Royce Wraith.

Uriel was in the past trolled for not having a car, but eventually got one for herself – a Honda Accord Crostour.

The Rolls Royce Wraith has been in production since 2013, and it is based on the chassis of the Rolls Royce Ghost. In case you’re wondering where the name “Wraith” came from, you’ll get an answer to that shortly. Wraith comes from an old Scotish word which means ghost or spirit.

Rolls Royce Wraith was announced in Januart 2013, during the 20113 edition of the Geneva Motor Show. Since 2013 to present day, Wraiths are powered by a V12 biturbo petrol engine with a 8-speed automatic transmission. 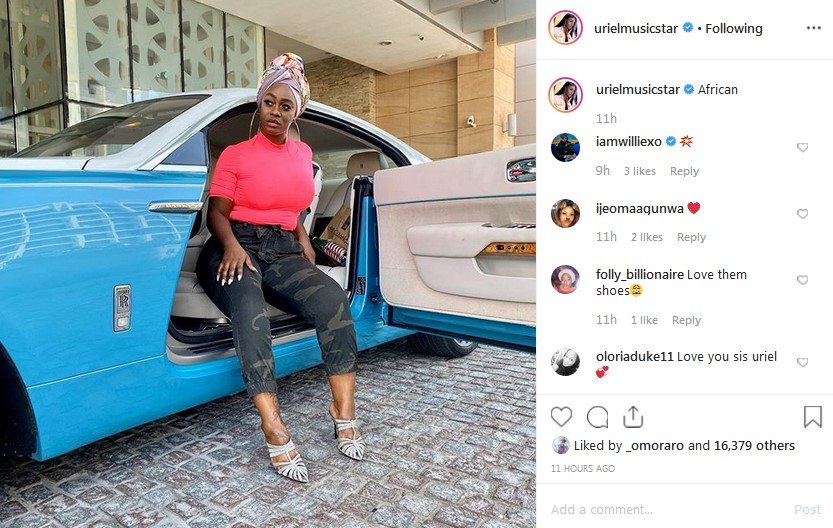 Uriel Oputa was born in the United Kingdom to a lawyer father (now late) and mother. Uriel is the only daughter in the family of five children. She spent most of her formative years in the UK.

She graduated from the Bedfordshire University in the United Kingdom where she obtained a degree in creative writing.

We were also able to find out that Uriel is relative to the popular musician and activist, Charlie Boy, they are first cousins as her late father was a blood brother to the Justice Charles Oputa of the famous Oputa Panel.

Of all the Rolls Royce cars, which is your best and why?