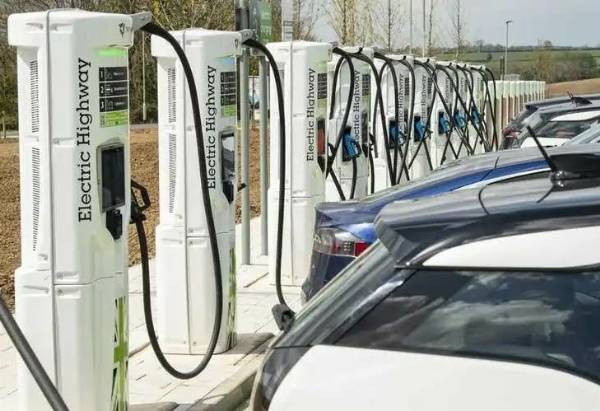 UK’s first nationwide charging network, Electric Highway, has launched the first ultra-fast charging site under its new partnership with Gridserve, which acquired 25% in the network.

The site has it’s location at MOTO’s brand-new Rugby services at Junction 1 of the M6. It offers a total of 12 ultra-fast charging stalls (350 kW each). According to report, the chargers were supplied by Tritium.

It’s a paradigm shift for Electric Highway, which entered into the EV game early, but then fade behind with old 50 kW chargers and not too high reliability.

Now, the old chargers will be replaced with new ones (more reliable, higher power and with two power outputs). On top of that, the company will install new 350 kW ultra-fast chargers (6-12 per site).

“As part of the major Electric Highway transformation programme – funded by GRIDSERVE investor Hitachi Capital (UK) PLC – all existing 50kW pumps will be replaced this summer while in parallel, work has begun on high power installations across its entire network. ”

“To see what the future of electric vehicle charging on the UK motorway network looks like, you can now visit Moto’s new Motorway Service Area at Rugby.

After announcing our Electric Highway partnership with Ecotricity in March, and supported by Hitachi Capital (UK) PLC, we’ve been hard at work putting in the charging infrastructure needed to give people the confidence to make the transition to electric vehicles, by delivering 6-12 high power 350kW chargers across the network as quickly as possible, as well as replacing all the existing chargers with the latest technology.”