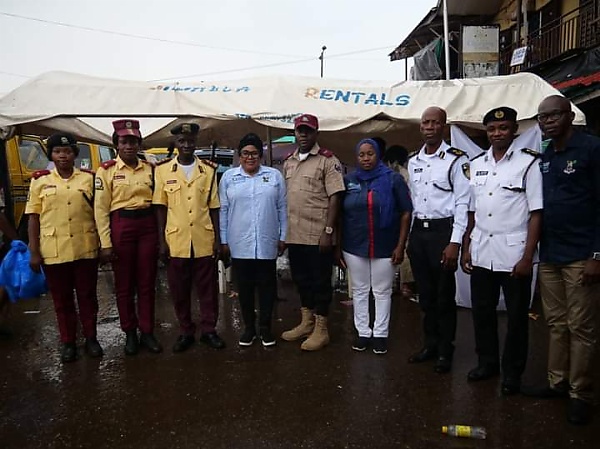 Takes campaign to Iyana Ipaja Motor Parks as part of its effort towards ensuring safer roads during the ember months.

LASDRI boss said that people have tagged the ember months as deadly months due to the high rate of road accidents.

She stated that the major reason for vehicle accidents are bad roads, unworthy road vehicles and unschooled drivers. 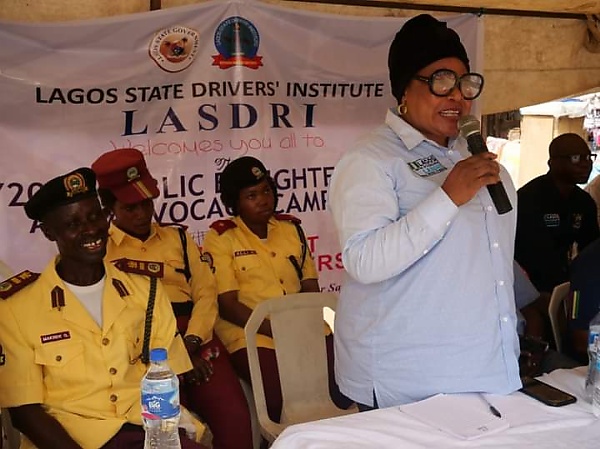 The Lagos State Drivers’ Institute (LASDRI) has partnered with the Lagos State Traffic Management Authority (LASTMA), Vehicle Inspection Service (VIS) and the Federal Road Safety Corp (FRSC) as part of its unrelenting effort towards ensuring safer roads during the ember months and beyond.

The LASDRI boss added that people have tagged the ember months as deadly months due to the high rate of road accidents, thus, an urgent need to enlighten and sensitise commercial vehicle drivers on the need to make safety their priority and avoid over-speeding while moving from one point to another. 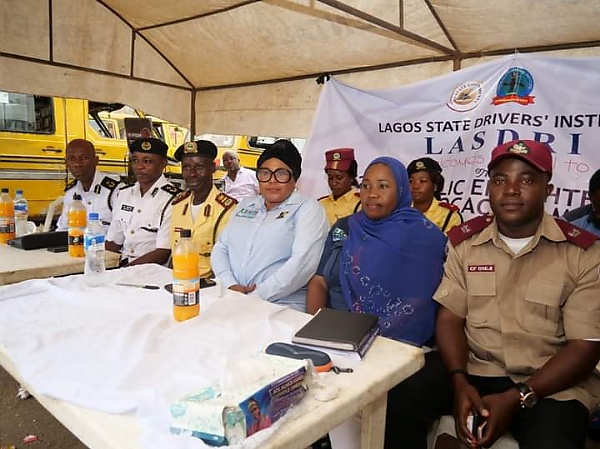 “The Lagos State Government has empowered LASDRI to compulsory take training to drivers at their various parks, so that they can know what is expected of them during and beyond the ember months. We believe that with training, re-training and recertification of drivers, we will bring the best out of them and get to zero level accident rate which is our target”, she said.

Tiamiyu, therefore, appealed to all commercial drivers to make sure their vehicles are in good condition, their psychological health is stable as well as imbibe patience as a virtue in the discharge of their daily duties.

Also speaking at the event, the Commandant, Lagos State Traffic Management Authority (LASTMA) in charge of the Iyana-Ipaja axis, Mr. Kehinde Makinde said that most accidents that occur in the ember months are caused by human factors.

Makinde explained that commercial drivers are in the habit of plying one-way whenever there is traffic so as to make as many trips as possible within a short time. He appealed that they should always put other drivers, road users and pedestrians into consideration.

The Branch E Chairman of the Iyana-Ipaja motor park garage, Mr. Tajudeen Alao, while appreciating the Lagos State Government for its road safety efforts through LASDRI, said that the training received at the event will also be extended to members of the park who were unavoidably absent at the state meeting.

“You Can’t Be Late Driving Those Cars” : Chelsea Boss Says Aubameyang Turns Up To Training On Time