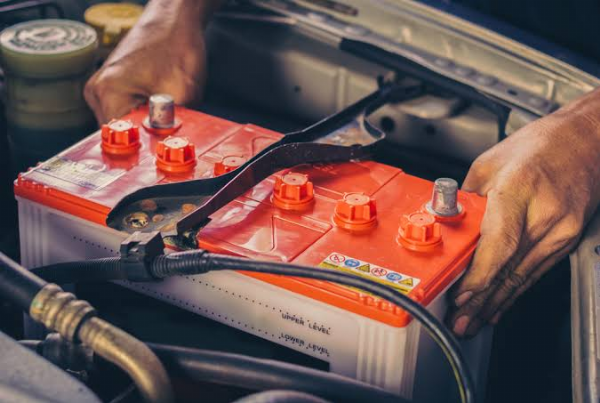 Man reportedly tortured to death by FCT Police over allege theft of car battery belonging to a Chinese woman, his ex-boss.

The theft allegation came five days after the deceased resigned from his job because he was owed for three months.

Police in the Federal Capital Territory, Abuja, has been accused of torturing Shedrach Ochoche to death for allegedly stealing a car battery belonging to his ex-boss, a Chinese woman popularly known as Madam Pimpim.

According to the family member of the deceased, Napoleon Otache, the allegation came five days after Shedrach, a cleaner in a restaurant operated by a Chinese woman, resigned from his job because he was owed for three months.

He said : “Shedrach Ochoche, before his gruesome murder on January 17, 2022, was formerly employed as a cleaner in a restaurant operated by a Chinese woman, popularly known as Madam Pimpim.

“He resigned from the cleaning employment when he was owed more than three months’ salaries.

“Five days after he resigned from the work, the Chinese woman alleged that her car battery was missing and she went and lodged a complaint at the Mabushi Police Division, Abuja.

“The police personnel attached to the Mabushi division tracked, arrested, detained and mercilessly tortured him. He died in their custody on January 17, 2022.

“While in detention, we visited him and seeing his bad condition due to injuries inflicted on him, we made a passionate appeal for his bail, but the appeal fell on deaf ears.

“The police did not even bother to inform the family when he died. Together with a lawyer, the family visited the station on that day only to be told that Shedrack died in the early hours of Monday.

A picture seen by Punch correspondent showed there was blood in the deceased’s mouth. Also, the stretcher where his corpse was placed had what appeared like bloodstains.

When Punch contacted his ex-boss, Madam Pimpim, said she sacked Shedrach, adding that she reported only the loss of her car battery to the police.

She said : “This is not true; totally wrong. I have been in Nigeria for more than 15 years. I know your newspaper is very influential in a country which focuses on reporting the truth.

“First, we sacked him already before the battery loss. He was no longer my worker. Second, I have the right to report to the police for my loss. Please note this: I reported my loss, not the guy.”

The FCT police spokesperson, DSP Josephine Adeh, denied that the suspect was tortured, adding that investigation was ongoing into the matter.

“He was not tortured. He fell sick and was rushed to a hospital. He died two days after. However, investigation is ongoing.”

LX 570 Is Nigerian Governor’s Favorite Ride, Who Will Be The First To Upgrade To Lexus LX 600?