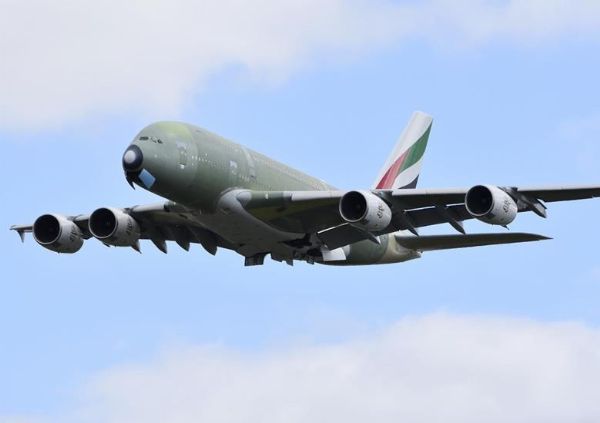 The final Airbus A380 has completed its first flight after the superjumbo jet flew from Airbus facility in France to the plane maker’s factory in Germany. 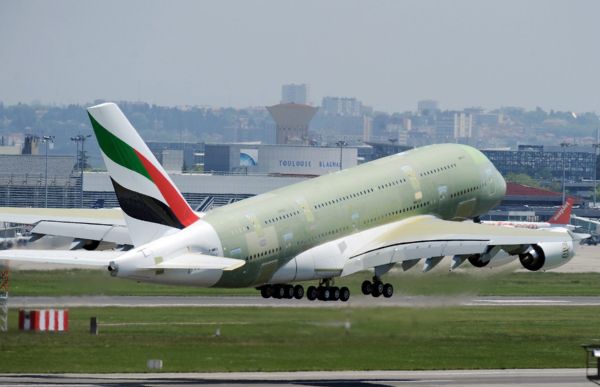 The final Airbus A380 to be built has completed its first flight after the superjumbo jet took off from Airbus’ facility in France to the aircraft manufacturer’s plant at Hamburg, in Germany.

“This is where the cabin will be fitted out and the aircraft painted. It will be wearing the livery of the customer airline, Emirates.

Putting together an A380 is a gargantuan and herculean task that involved 1,500 companies in order to complete its manufacturing.

It ranges from all the individual parts, from rivets to bolts, to seats and engines. Four million individual parts needed to be flown, driven and shipped from 30 different countries.

The last convoy to the Final Assembly Line (FAL) took place in February 2020. The convoy was with hundreds turning out in the French village of Levignac to see the wings, fuselage sections and horizontal tailplane. These components were transported by truck — just a month before the pandemic made mass gatherings impossible. 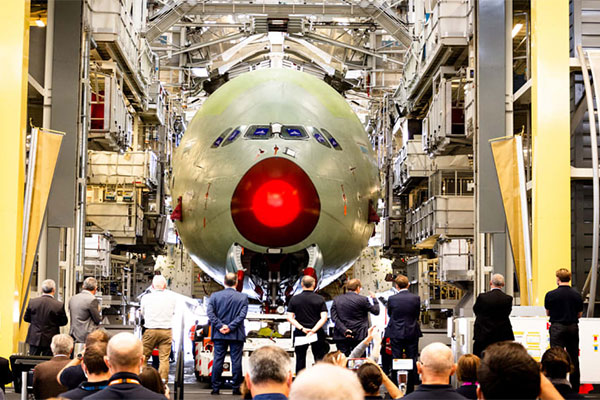 Fuselage sections came from Hamburg, Germany, and Saint-Nazaire, France; the horizontal tailplane was manufactured in Cadiz, Spain; and the vertical tail fin was also made in Hamburg.

Since then it’s been at station 30, where the engines will have been installed and tests carried out on electrical and hydraulic systems, on-board computers, landing gear and moving parts.

The Airbus A380 was developed at a cost of $25 billion and, with a capacity of up to 853 passengers, it is the largest mass-produced civil airliner in history.

The Airbus A380 is a wide-body aircraft manufactured by Airbus. It is the world’s largest passenger airliner. Airbus studies started in 1988 and the project was announced in 1990 to challenge the dominance of the Boeing 747 in the long haul market.