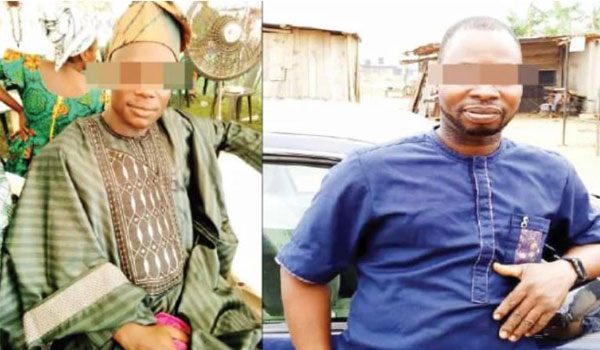 On Saturday, members of the Nigeria Automobile Technicians Association, Ayobo unit, reportedly engaged in a brawl over land in the Amule neighborhood of Ayobo, Lagos State.

The victims were reported to have become dumb and were rushed to different hospitals for treatment.

According to a witness, Peter Funsho, the union’s current executive members and chairman went to view the land in order to officially transfer it over to one of their members.

However, the ex-chairman reportedly led another group to the site, as the two parties engaged in an argument over rights to the land.

Funsho said, “The former chairman said no construction would be done on the land because he still had authority over it.

“A panel beater, Idowu, responded that the land had long been sold and besides, the man was no longer the chairman of the union.

“Their argument resulted in a fight and the ex-chairman threw punches at Idowu, who was supported by another panel beater, Olowolaiyemo.

“The former chairman brought out a ring and hit them; they fell and could not get up. Co-mechanics rushed at the victims and tried to help them, but they looked pale with their eyes wide open. They could not talk or respond to questions.

“Idowu was rushed to a church and a prophet prayed for him. After a while, he was a bit fine, but could still not talk as he was demonstrating with his hands. So, his family was informed about the incident and they requested that he should be brought to their village in the Oja-Odan area of Ogun State. 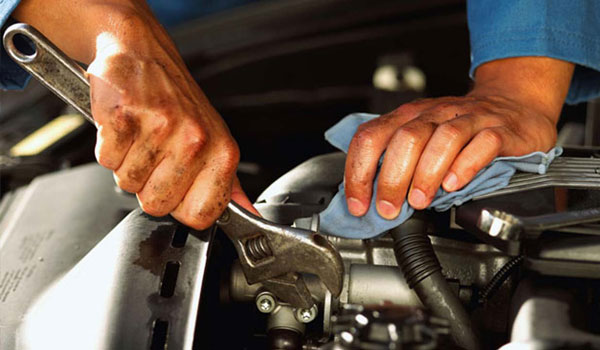 “The ex-chairman and others were arrested by policemen from the Ayobo Police Station. He was later released and he’s back in the community.”

One of the victims, Idowu, said that his partner was also assaulted while attempting to save him from the ex-chairman.

“The current chairman requested me to join him to the location because he intended to distribute land to an association member,” he explained. The ex-chairman came in to stop us from measuring the land with a tape rule (tape measure).

“They pounced on me, gave me some punches and when I refused to give them the tape rule, another member of their team tried to break my hands in other to collect the tape by force. One of our members, who tried to rescue me, was beaten with a charm and he fell to the ground and couldn’t get up. Then, the ex-chairman beat me as well with the charm and I didn’t know what happened afterward.

“I landed in a hospital and was receiving the second drip when I managed to tell them to take me to my village at Oja-Odan, Ogun State, for treatment.

“They thought I was pretending.  Eventually, I was transferred to my village, where I was treated. I am better now and I have resumed back to work.”

The second victim, Olowolayemo, also alleged that he was hit with a charm while trying to separate the fight.

He said, “The land dispute has been on for a while and the past excos had been insincere in their dealings on land.

“After the argument which resulted in a fight, we had to stop our chairman from getting involved because of his position as the head of the unit and I stepped in to separate those fighting.

“The former chairman rushed into a nearby shop and brought out a ring which he used to hit Idowu and myself and we both fell to the ground. I was initially rushed to the Ifo area of Ogun State for treatment because I couldn’t eat or sleep. Later, I was transferred to Oja-Odan, where Idowu was being treated and already recuperating.”

The state branch penalized the Ayobo unit N180,000 for reporting the issue to the police, according to a senior union official who spoke on condition of anonymity.

He bemoaned the fact that the state branch fined them without regard for the victims of the assault.

The situation had been handled, according to the former chairman, who declined further comment.

“The issue has been resolved by the state (branch) and there is no need for any further comment by me,” he added.

The Lagos State Chairman of the Nigeria Automobile Technicians Association, Egberongbe Morufu, who confirmed the incident, said decisions made were exclusive only to members of the union.

He said, “Yes, the incident is true and the matter has been resolved. Decisions made and actions taken remain and do not concern non-members.” 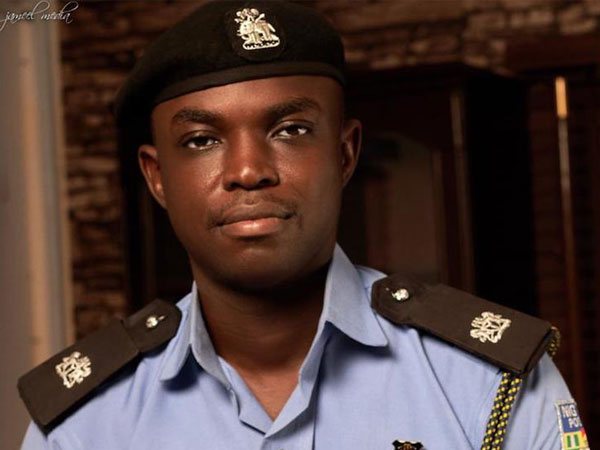 The state Police Public Relations Officer, Benjamin Hundeyin, said some suspects were arrested for assault and later released on bail.

He said, “The leadership of the association of mechanics and all parties involved in the matter approached the Divisional Police Officer to resolve the dispute under the Alternative Dispute Resolution. The DPO consented to their resolution and granted the suspects bail.

“If either of the parties no longer agrees with the ADR and reports to the police, the suspects granted bail will be summoned back to the station and the legal process will be applied as it should be.”

He said, “I have witnessed many of such incidents. After being beaten with a charm, the victim will continue to roll on the floor until consciousness is lost, and others will continue to drink water abnormally and so on.

“The important thing is the philosophy of evidence. There are thousands of people who can tell you they witnessed such and how it happened. The issue of whether it is real or not is not what you want to subject to a test. Africans, Nigerians, and the Yoruba in particular believe in it and it works for them.”

LASG To Residents : Be Wary Of Unlicensed E-hailing Cab Operators – List Accredited Ones