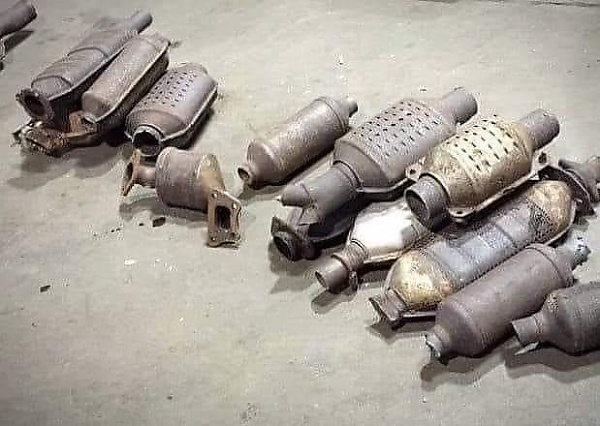 Nigerian advices motorists to check their car catalytic converter, after his own was stolen by his mechanic.

The catalytic converter, popularly known as as Indomie in Nigeria, is found inside the car exhaust system.

It helps turn the hazardous exhaust gasses emitted by an engine into less toxic pollutants.

They contain precious metals including includes platinum, palladium and rhodium.

They are easy targets for Nigerian mechanics and panel beaters, who steal them from unwary customers.

Signs a catalytic converter has been stolen includes unfavourable emission discharge and excessive consumption of fuel. 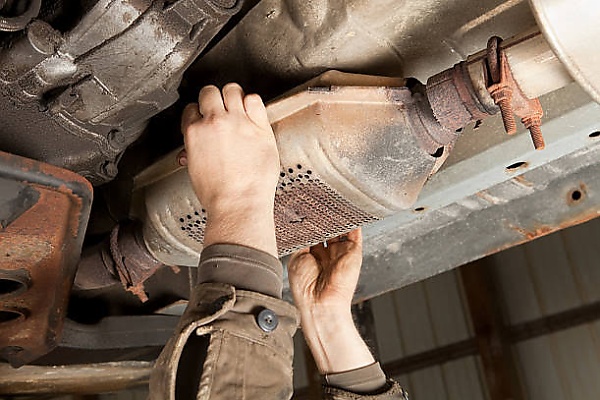 A Nigerian has narrated how the ‘precious car catalyst’ (Catalytic Converter) was stolen from his car during a visit to a panel beater workshop to have a damaged exhaust fixed.

The catalytic converter, found inside exhaust system of a car, contains precious metals that help turn the hazardous exhaust gasses emitted by an engine into less toxic pollutants.

These precious metals, which includes platinum, palladium and rhodium, are easy targets for Nigerian mechanics and panel beaters, who steal them from unwary customers. One sells for hundreds of thousands of Naira, depending on the car brand and model.

According to him, he was tipped off by the culprit’s colleague, who also revealed that the stolen Catalytic Converter, popularly known as as ‘Indomie‘, was sold for N100,000.

“After about 3 hours of waiting, the guy told me he was going to a nearby electric welding machine to fix it since this were people I had known for a while, I felt comfortable.

“I kept calling, Panel beater said he was trying to ensure the work was done perfectly. Finally, he came back, I still realized the sound of my car was not as smooth as it should be, I complained. ‘ah oga, naso the sound Dey be for this kind car’, he replied. I was still sure the sound was not good enough.

“2 days later, one of his colleagues who I was nice to stopped me as he entered my car and asked, OGA , you know say those boys comot your Indomie? They chock nets inside so that u no go know. with an assurance I said yes, they sold it 100k 😭.

“I promised him I would keep his identity confidential but I must get to the root of my property. Guess what? Once this Indomie is removed, it can’t be used anymore.”

“I swung into action and reported the case to the law enforcement agency that took this matter seriously and arrested the culprits, at this point, for me it was heartbreaking to see young men handcuffed and embarrassed due to their greed, but all I needed was a direct Belgium Indomie as a replacement.”

“In less than 48hrs, I was called, and the entire fellow mechanics ran up and down to raise 180,000 which is the cost of another one 😃😃 I got my Indomie back. Guess what?”

“Was the second time these guys were removing my indomie, they did it in December on a different car, but I was not sure at what point it was stolen.”