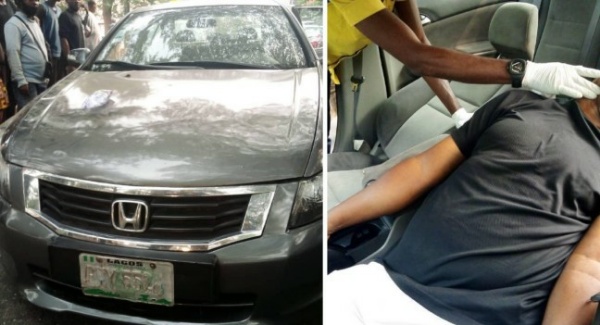 Lone driver – who apparently slumped at the wheel – was found dead in his car along Magodo road in Lagos on Friday. 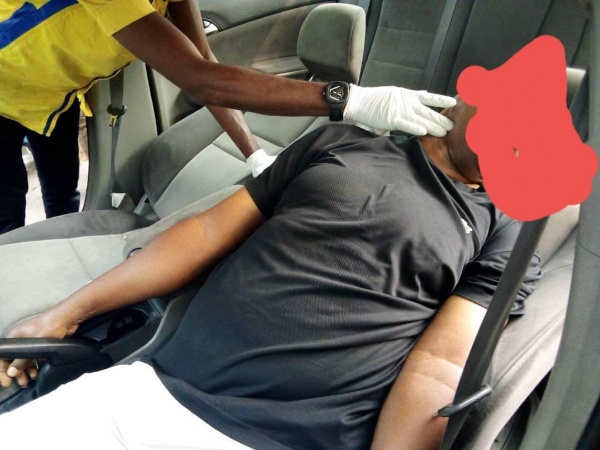 First responders with LASEMA paramedic team responded to a distress call on Friday, January 22, after a lone driver was found dead in his car along the CMD Magodo road in Lagos state.

On arrival at the scene, the unnamed man, “who apparently slumped at the wheel”, was pronounced dead after his vital signs were checked.

It’s still unclear how the man died, but a statement released by the Chief Press Secretary to the Lagos State Government, Gboyega Akosile, said victim’s relatives agreed to transport him to the nearest morgue. 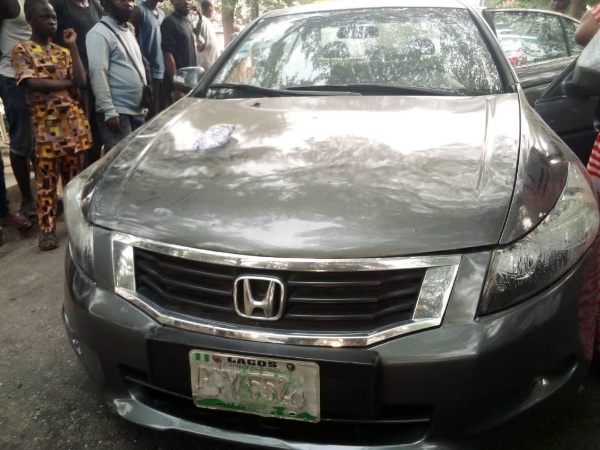 “The @followlasema paramedic team responded to a distress call and upon arrival met a lone driver who had apparently slumped at the wheel. The patient’s vital signs were checked, pulse was absent, pupils were fixed and dilated, patient was dead already.

Victim’s relatives who were already present on scene agreed to transport him to the nearest morgue. The agency paramedics and the @PoliceNG were on the scene. The vehicle has been moved from the thoroughfare.”

China And Africa Helps Porsche To Achieve Robust Deliveries Of 272,162 Vehicles Worldwide In 2020