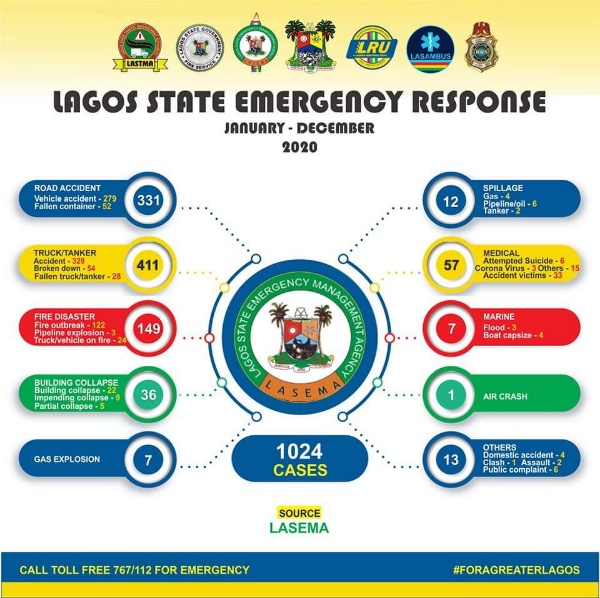 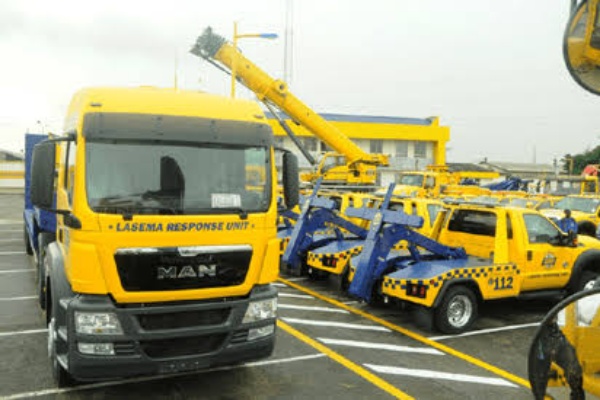 The Lagos State Emergency Management Agency (LASEMA) says it responded to a total of 1,024 cases across all the local governments and LCDAs within the state in 2020.

This was revealed in a statement posted on the agencies official Facebook page on Monday. While thanking the great people of Lagos for trusting the agency, LASEMA promised to give prompt response to all forms of emergency/disaster situations within the state. 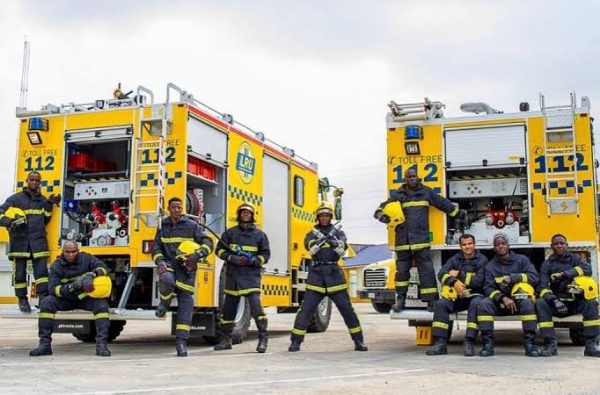 “In 2020 we were able to respond to and resolve a total of 1,024 cases in collaboration with other stakeholders across all the local governments and LCDAs within the state.

We are committed to our mandate of delivering prompt, efficient response to emergency and disaster management within Lagos State.”

According to LASEMA’s 2020 performance statistics, the agency responded to 331, 411, and 149 cases involving road accidents; Truck/Tanker; and Fire Disasters respectively.

LASEMA, which came into existence in February 2007, is responsible for the overall co-ordination of emergency management in Lagos State.

The legal framework establishing LASEMA was signed into Law on July 22nd, 2008 by His Excellency, Mr. Babatunde Raji Fashola (SAN)

The Agency is charged to provide adequate and prompt response as well as sustaining intervention in all forms of emergency/disaster situations in the State within the territorial boundary called “Lagos”.