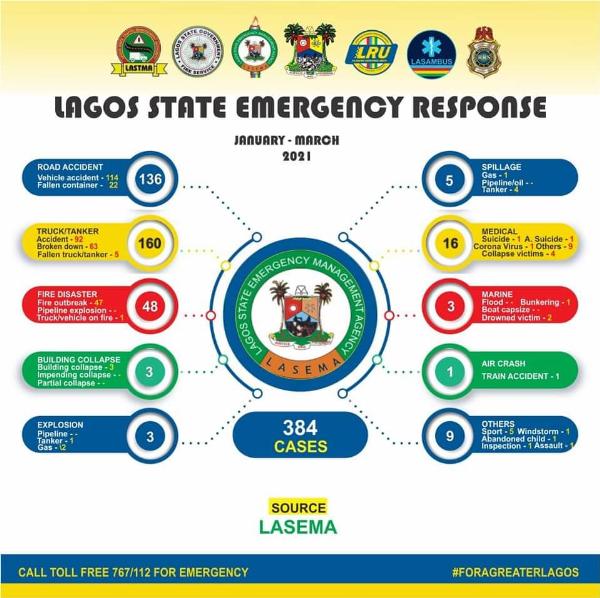 The agency responded to 114, 126 and 144 cases in January, February and March respectively.

The Lagos State Emergency Management Agency (LASEMA) says it responded to a total of 384 cases across all the local governments and LCDAs within the Lagos from January to March, 2021.

The agency, which is responsible for the overall co-ordination of emergency management in Lagos, says it responded to just one case in Shomolu area while the State capital, Ikeja has the highest number of cases with 54.

This was revealed on the agencies official Facebook page on Monday. According to Data Analysis of Emergency Response, the agency responded to 114, 126 and 144 cases in January, February and March respectively. 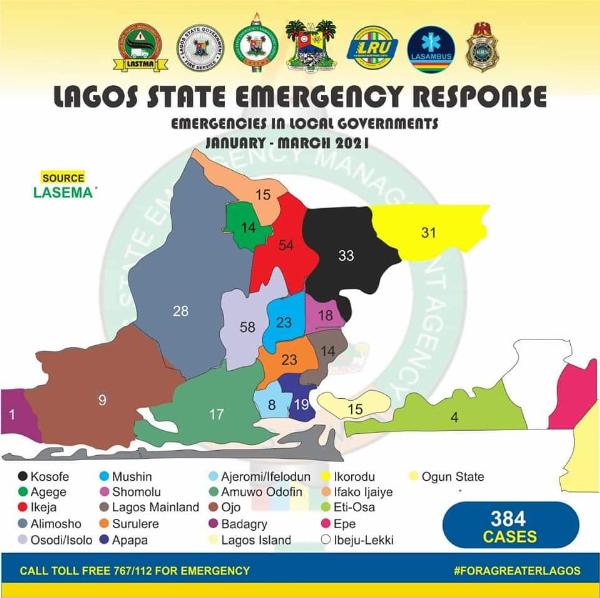 Out of the total number of cases recorded from January to March, LASEMA responded to 136 road accidents. These includes 114 involving vehicles as well as 22 fallen containers. 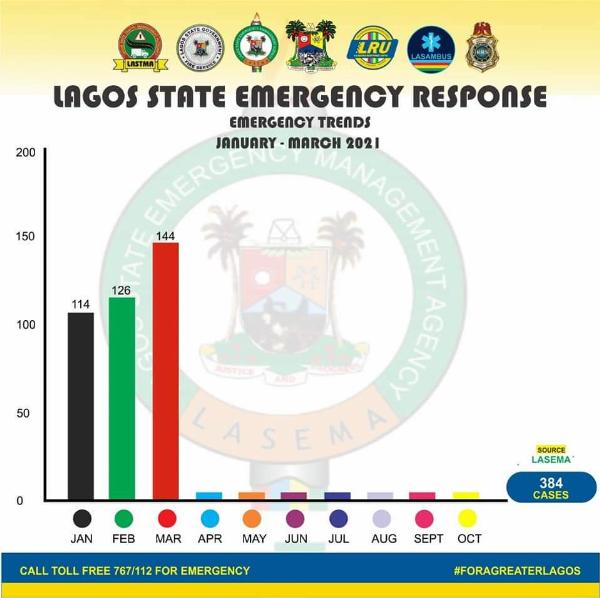 The legal framework establishing LASEMA was signed into Law on July 22nd, 2008 by His Excellency, Mr. Babatunde Raji Fashola (SAN)

The Agency is charged to provide adequate and prompt response as well as sustaining intervention in all forms of emergency/disaster situations in the State within the territorial boundary called “Lagos”.