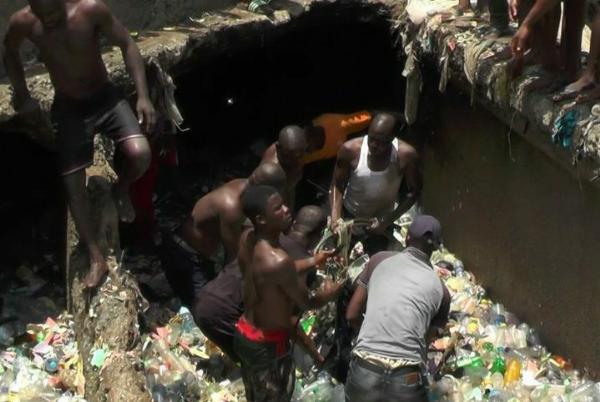 An eighteen seater Hummer bus loaded with passengers has been swept inside a culvert. The unfortunate incident happened at Lagos park axis of Enugu-Onitsha express road. This is following Sunday night downpour, killing seventeen out of eighteen passengers on board.

One survivor got to the Toronto hospital, Upper Iweka while rescue operation continued. 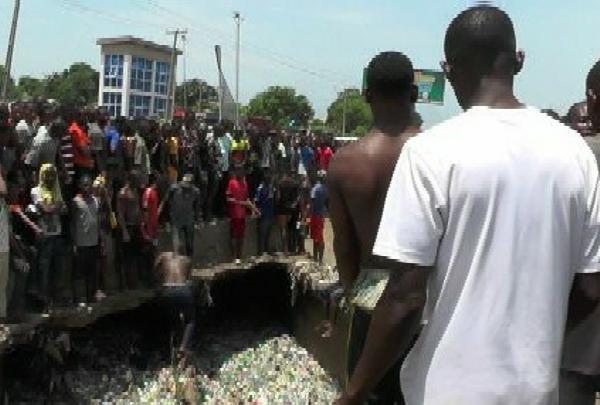 According to a road safety official involved in the rescue operation, the driver of the vehicle, Mr Joseph Okechukwu Anene was among those who died.

Speaking to the ABS, a Keke operator, Mr. Ifeanyi Peter, narrated how the ordeal happened. He said a woman who survived pleaded for the rescue of her husband who was the driver of the ill-fated bus.

The member representing Ogbaru One Constituency in Anambra state House of Assembly, Honourable Nobel Igwe was at scene of the incident. He said about eighteen people were in the bus and only two people were found. He noted that it occurred while they are trying to break the culvert filled with debris to pull out others trapped.

Speaking on the incident, the Medical Director of Toronto Hospital, Onitsha, Dr. Emeka Eze, advised drivers to be perceptive to the nature of roads and routes. He noted that some portions of the road are bad and the environmental condition not conducive during rainy season.

Dr. Eze urged drivers to be exceedingly careful and reduce their speed as well as be observant while driving.

LASEMA Responded To 384 Cases From January To March, Including 136 Road Accidents