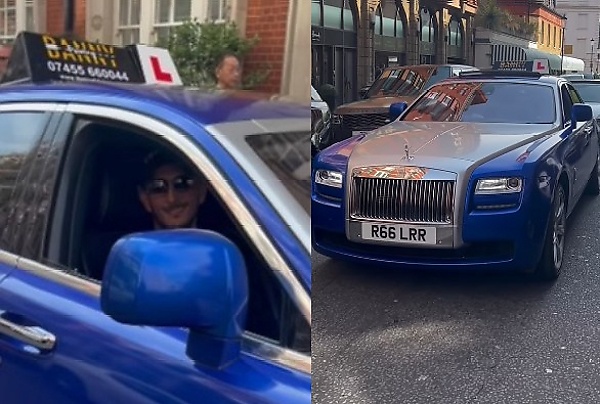 Meet driving school instructor who teaches people how to drive in an ultra-luxury Rolls-Royce Ghost sedan.

When asked “how much is a driving lesson in a Rolls-Royce?”, the instructor said he charges £100 (₦47k) an hour.

Reacting to the post, some users (of course not based in Nigeria) thinks the instructor’s hourly rate isn’t that bad. 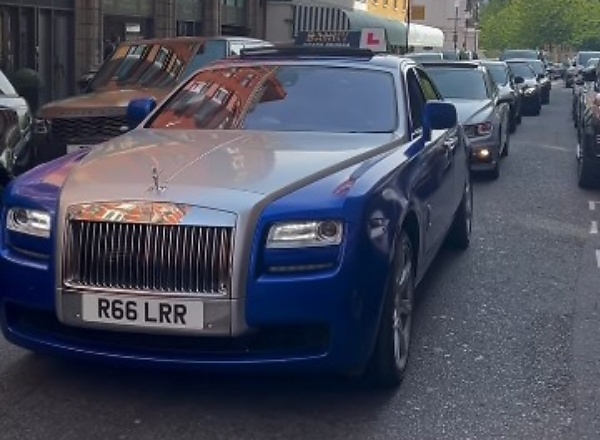 A driving instructor, known simply as Danny, is offering londoners the chance to learn to drive in his ultra-luxury Rolls-Royce Ghost sedan, which costs around £250,000 brand new.

On top of his British-made, hand-built blue and silver Rolls-Royce Ghost is an L-plate sign with ‘Danny’ written next to it.

The Birmingham-based driving instructor has around 3,000 followers on his Instagram handle, Dannydriving_, where there are pictures of the Rolls-Royce.

In a video uploaded to Instagram channel, @supercarseurope, the instructor was caught in traffic in London in the Rolls-Royce Ghost. 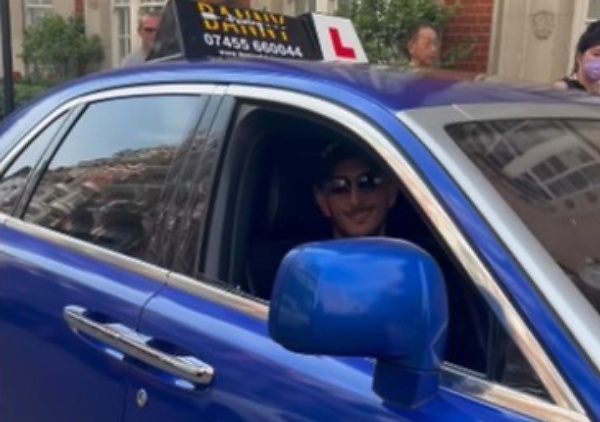 When the person filming asked him “how much is a driving lesson in a Rolls-Royce?”, the instructor confirms that the luxury car is available for £100 (₦46,934) an hour.

But the catch is a Rolls-Royce Ghost doesn’t come with a manual gearbox. This means that you would be restricted to an automatic gearbox licence if you chose it.

Reacting to the post, some users (of course not based in Nigeria) thinks his hourly rate isn’t that bad.

@bossbabe_uk said in the comments: “I will go for hourly lessons even though i already have a licence.”

“Not even that expensive, this is what you pay in Germany for a normal driving lesson in a golf😂😅”