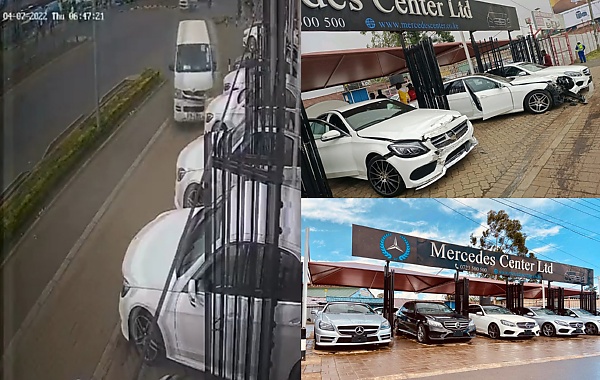 Moment out-of-control bus rammed into 3 luxury cars parked at the front of a Mercedes Showroom in Nairobi, Kenya.

Mercedes-Benz Center is reportedly owned and operated by Stanley Mwangi and a business partner.

Nairobi traffic police boss noted that most road accidents were avoidable, if only motorists were more cautious. 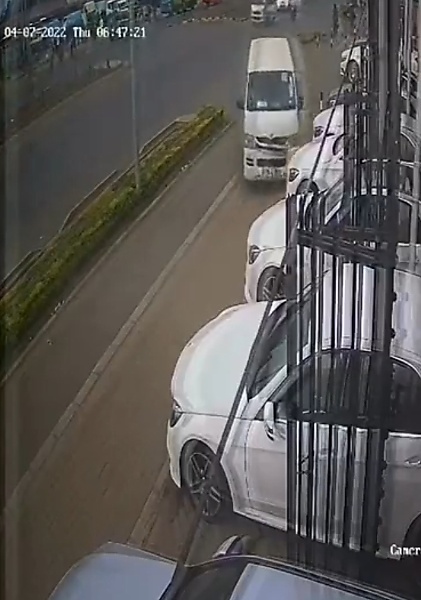 A CCTV footage taken on April 7th, 2022 has captured the moment an out of control bus crashed into three vehicles on display at a Mercedes-Benz dealership in Kenya.

The video captures the moment the speeding white bus lost control before swerving into the direction of Mercedes-Benz dealership located along Ngong Road, Nairobi. 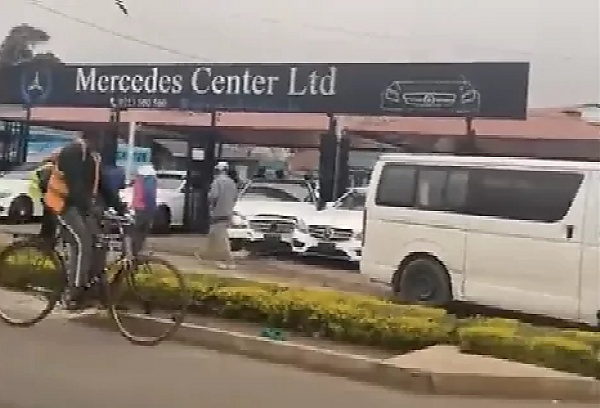 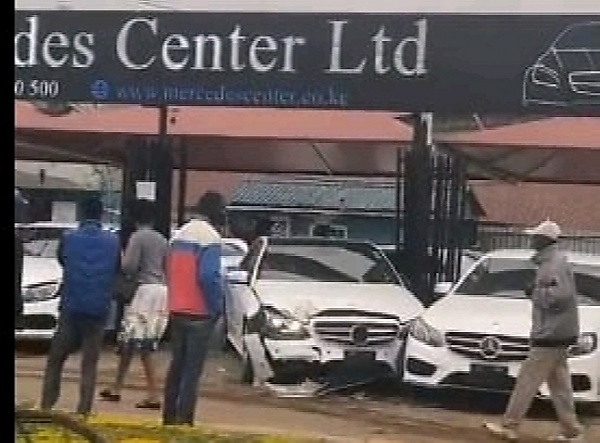 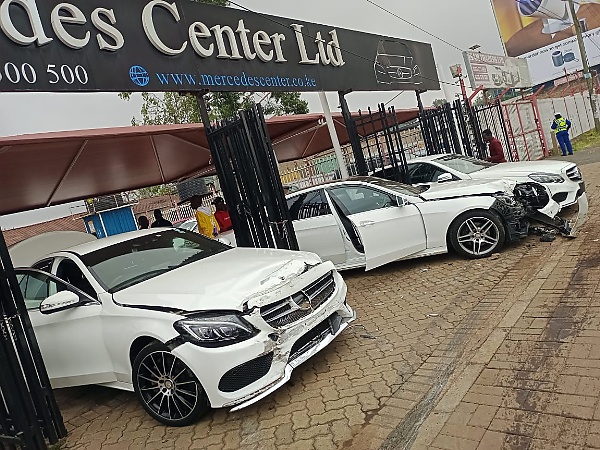 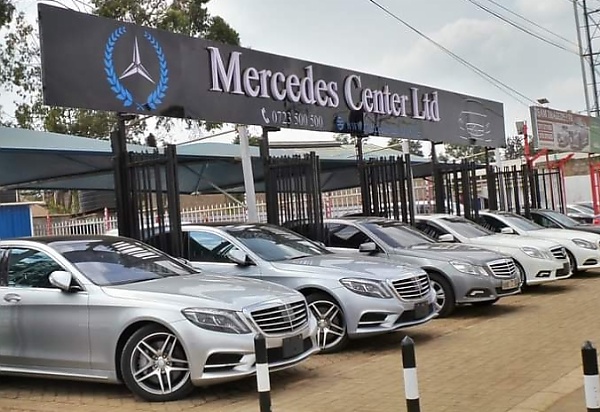 Fortunately, no injuries was reported during the incident, but the metallic barricades couldn’t stop the bus from crashing into three vehicles packed at the front of the dealership.

The dealership, “Mercedes-Benz Center”, established two years ago, is reportedly owned and operated by Stanley Mwangi and a business partner. 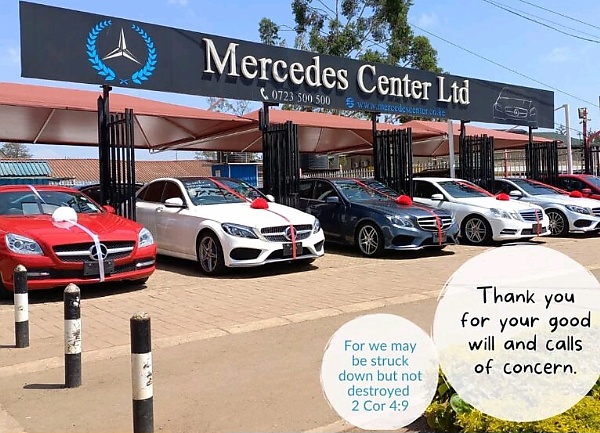 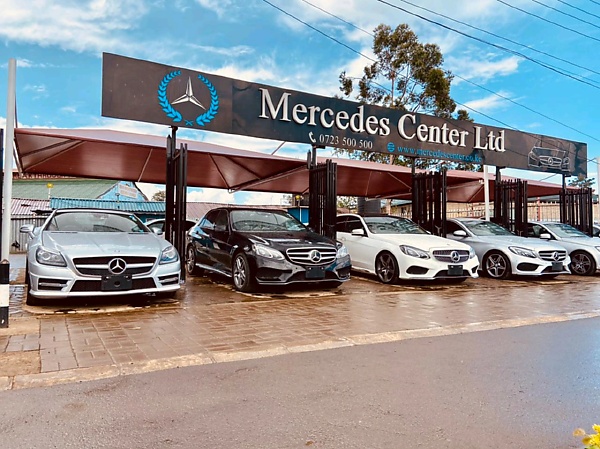 According to local reports, Nairobi traffic police boss Joshua Omukata said that the incident wasn’t reported, but police were treating it as a case of careless driving.

He noted that most road accidents were avoidable, if only motorists were more cautious, especially during rush hours.