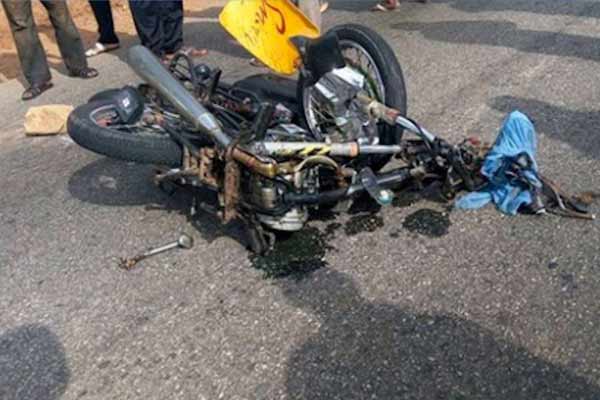 A commercial cyclist, identified as Yunusa, died while his passenger sustained injuries in a crash which occurred near SDP junction in Gwagwalada, along Abuja-Lokoja road.

A witness said the crash happened around 11:30am, Monday, when the cyclist who was carrying a passenger tried to overtake another motorcycle in which an unmarked Toyota Sienna car coming from Zuba axis ran over him.

He said the cyclist died on the spot while the passenger sustained injuries and was taken to a hospital in the area, while the driver of the vehicle was handed over to the police in the area.

The chairman of the Gwagwalada branch of the motorcycle transport union, Kabiru Dahiru, confirmed the incident, saying the remains of the cyclist have been buried according to Islamic rites, while the injured passenger was receiving treatment at a private hospital.

When contacted, the Gwagwalada unit commander of the FRSC, ACC Olasupo Esuruoso, said he was not aware of the accident, adding that it was not reported to him.

Over 50 Missing After Boat From Libya Sinks