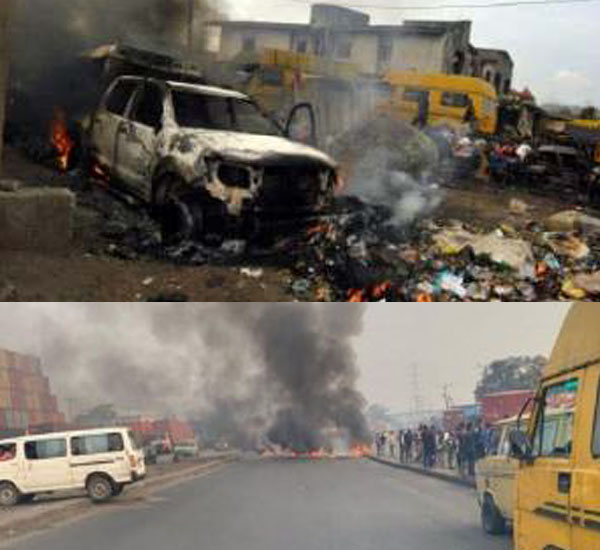 No fewer than three persons have been feared dead after hoodlums clashed in some parts of Mushin and Surulere areas of Lagos State.

The clash started as a mere fight between two hoodlums in Mushin area of Lagos. It then degenerated and resulted in violence. It eventually left three people dead.

Some were left in critical conditions while about 120 vehicles were destroyed and 50 shops were vandalised on Monday.

It was learnt that the fight started around 8pm on Sunday. It was between two groups at a party on Alaafia Street, extended to neighbouring streets in the area.

The fight, which extended till Monday, was said to be a supremacy battle between the factions.

Among the affected streets were Daniel, Alafia, Morgan, Babalola, Sowunmi and Olusoga.

It was gathered that the fight left many injured, while over 200 shops were looted and many vehicles destroyed.

An eyewitness, who spoke on condition of anonymity, said the absence of security agents made the miscreants to have a field day.

He said, “The fight started around 8pm yesterday (Sunday) between two groups fighting for supremacy on Alaafia Street and it extended to other streets. The hoodlums destroyed many things during the fight; over 200 shops were looted, while many vehicles were destroyed.

“The police could not quickly come to the scene because of what happened during the #EndSARS protest. The police area commander had to follow the local government chairman, who came to call for calm. But immediately they left, the hoodlums resumed their fight, leaving many people injured.” 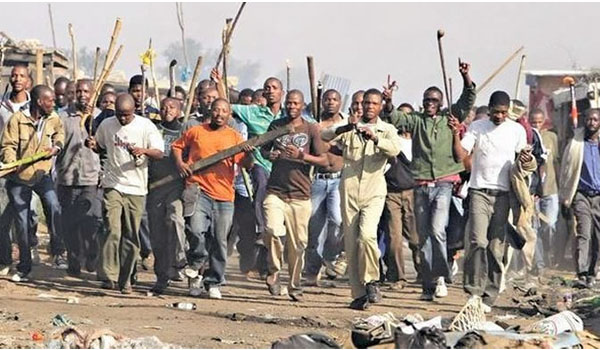 It was gathered that policemen from Area D Command, Itire, Aguda and Surulere were mobilised to the areas.

The state Police Public Relations Officer, Muyiwa Adejobi, said no casualties were recorded in the fight, adding that 12 suspects had been arrested.

He said, “No causality was recorded during the fight among some gangsters in the Mushin area of Lagos State. Twelve of them have been arrested, while normalcy has been restored in the area.

“The CP has deployed more police operatives to the area to beef up security. We will continue to monitor the situation.”