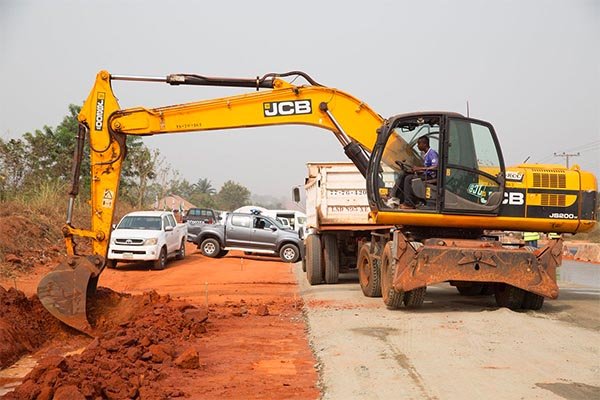 The Lagos State Government has released the sum of N5.563 billion to contractors to flag off the construction of the 181 roads spread across the 20 Local Governments (LGs) and 37 Local Council Development Areas (LCDAs) in the State.

The State Commissioner for Works and Infrastructure, Mr. Ade Akinsanya, stated that the construction of the council roads was in fulfillment of the promise by Governor Akinwunmi Ambode to open up more inner roads across the state, following the successful completion and delivery of the 114 roads in September 2016.

Akinsanya explained that the roads would be constructed in phases and that phase one would see the construction of one road each in the LGs and LCDAs of which contractors have been mobilised to move to construction sites.

30% upfront
He noted that the released amount was 30 % payment for the construction of the 57 roads while the total cost is over N18billion.

To enhance immediate mobilisation to site, thirty percent has been given to all the contractors upfront. This is in line with the magnanimity of Governor Ambode’s administration to ensure service delivery all year round.

Economic prosperity
Akinsanya maintained that government was committed to provide more infrastructural renewal projects for the growth of the state’s economy.

“Governor Ambode is totally committed to ensuring that Lagosians continue to enjoy good governance. There are many projects going on simultaneously across the State and the roads to be constructed will further open up the LGs and LCDAs for economic prosperity,” he said.

Related Topics:ambodelagosroad construction
Up Next