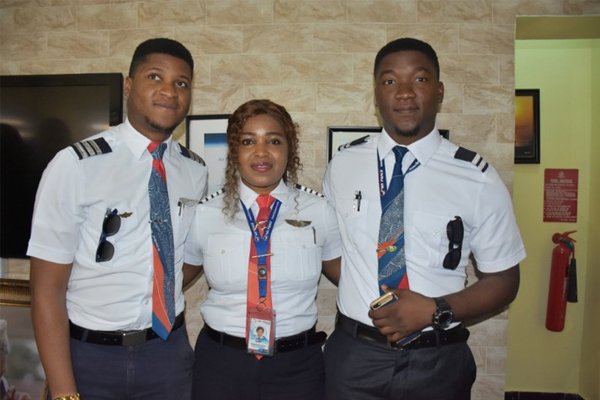 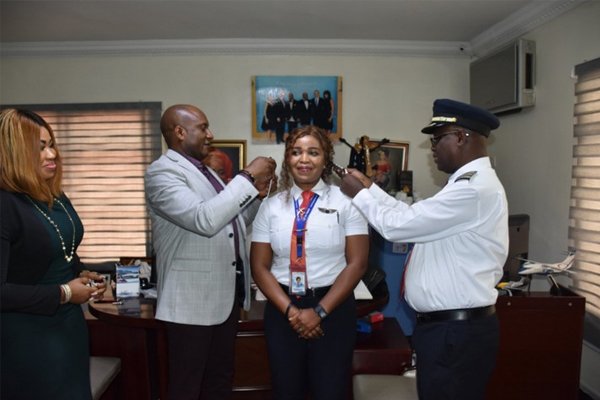 Nigeria’s leading airline, Air Peace on Monday matched its pledge to always ensure gender equality with action, giving one of its female pilots, Sinmisola Ajibola command of its cockpit.

Sinmisola, who joined Air Peace in February 2017 as a Senior First Officer (SFO), made history as the airline’s first female captain. She is from a family of pilots – father and four brothers, three of whom are with Air Peace.

Presenting the new captain to the Chairman/Chief Executive Officer of Air Peace, Mr. Allen Onyema for decoration, the Chief Pilot, Capt. Victor Egonu said he predicted Sinmisola’s elevation on the first flight the latter did with him.

He urged the new captain to sustain her outstanding performance in and out of the cockpit.
He praised the airline’s pilots and their other Nigerian colleagues for displaying excellence in the cockpit as well as standing tall among their counterparts across the globe.

Onyema insisted that Air Peace caused a revolution in the nation’s aviation industry in the area of pilots’ benefits.

Air Peace currently has eight female pilots in its employ. 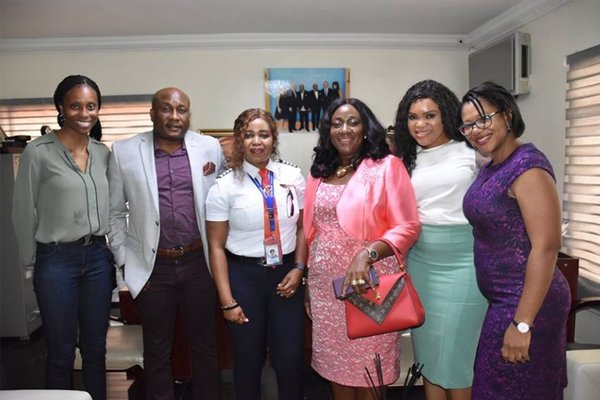 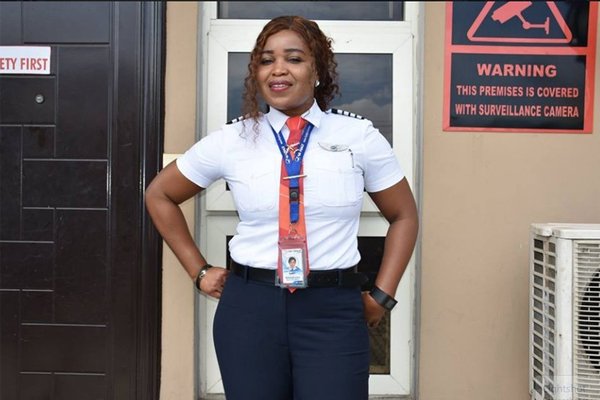