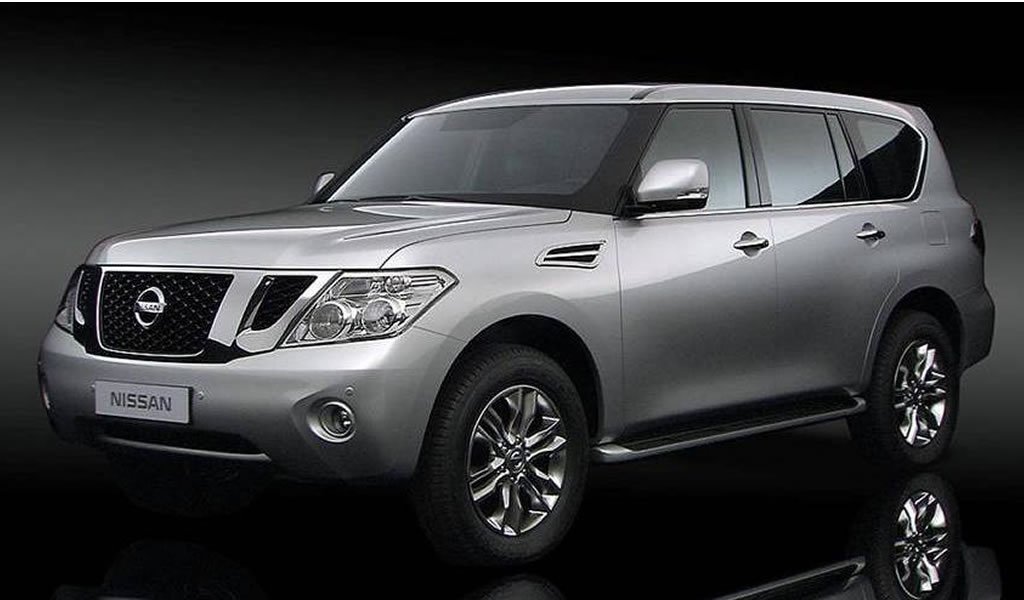 Now fortified with a futuristic look that stands out for its unique combination of the most recent technologies and new design DNA, Nissan says, the Y62 would chart a new growth path for the brand in Africa.

Nissan isn’t sparing anything to make the new Patrol a delight of car buffs with added feelings of top quality, superb luxury and class leading comfort in the longest established nameplate on the 4WD (Four-wheel-drive) scene.

Car enthusiasts would discover Nissan has shifted attention to user friendliness and flexibility of design to meet customers’ demands for daily usage and leisure activities.

“The new Patrol adapts to the needs of consumers by breaking away from its ‘previous off-roader’ status to become urbane-friendly SUV with far more refined proposition that offers a dramatically improved ride quality and fuel economy than its predecessor.”

Amit Sharma, Stallion NMN head of sales and marketing gave further insights to the new Y62, he described as a technological savvy SUV with all the expectancy of a luxury sedan.

He said the ambient lighting inside the Patrol welcomes the driver and occupants and creates an ambience of luxury and convenience that also turn off the lights automatically after 30 seconds.

The Patrol isn’t just redefined luxury but imbued with all the trappings of opulence. Mr. Sharma said the quieter cabin was achieved using laminated glass, high tech insulation, aerodynamic design and rigid body while the cooling air from the side curtain vents significantly reduce sun heat from the side windows.

But why is the Patrol uniquely different from competitions? The automaker says: “the goal of the Patrol was to deliver power to the road in the most effective way possible.”

The HBMC which is rarely offered in most SUVs provides secure driving situations in the Patrol to guard against rollover when cornering at higher speed, thus ensuring better handling and control.

However, in off road driving, a different effect is sought to ensure wheels on one side or opposite sides of the vehicle always remain in contact with the surface to maintain traction (one vehicle, two different suspension requirements.) Suffice to say the Patrol is the first SUV to use HBMC system which is a superior system to the KPSS system in competitions.

Nissan Patrol is undoubtedly one of Nissan’s most revolutionary designs ever in the Patrol’s 64-year history and has to this day incorporated the most innovative, highest quality and highest value luxury components in Nissan history.

At city speeds, the broad spread of ratios is perfectly matched to the smooth delivery of torque from 5.6litre V8 and on the highway the Patrol lopes along at 110km/h with the engine only a tick above idle. And when stoked, it responds with a throaty induction-snarl matched by impressive acceleration, particularly when overtaking. 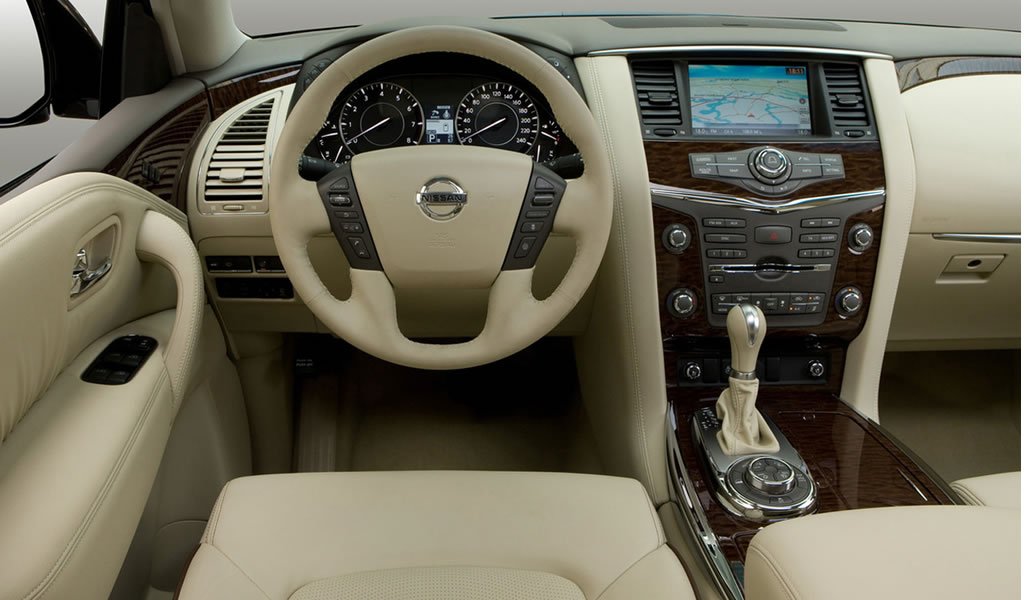 The new Patrol is one of the largest cars in the luxury SUV category. It’s bigger in all exterior dimensions and, not surprisingly, it is heavier. There’s plenty of interior space and the sort of comfort levels that you expect from a vehicle with wood grain finishes, and up-market dash layout and high quality finishes.

With all three rows of seats occupied, there’s still 550 litres of storage space and when the second and third row seats are folded, the new Patrol can provide 3100 litres with a virtually flat floor.

Nissan’s latest SUV is packed with the most technologically imbued gadgets ever, wielding significant quality and performance over competitions such as Toyota Land Cruiser L200, Lexus LX570, Mercedes Benz GL-Class and the Range Rover.

Nissan Motor Co., Ltd., Japan’s second-largest automotive company, is headquartered in Yokohama, Japan, and is part of the Renault-Nissan Alliance. Operating with more than 244,500 employees globally, Nissan sold almost 5.2 million vehicles and generated revenue of 10.5 trillion yen (USD 105 billion) in fiscal 2013. Nissan delivers a comprehensive range of more than 60 models under the Nissan, Infiniti and Datsun brands. In 2010, Nissan introduced the Nissan LEAF, and continues to lead in zero-emission mobility. The LEAF, the first mass-market, pure-electric vehicle launched globally, is now the best-selling EV in history with almost 50% share of the zero-emission vehicle segment. For more information on our products, services and commitment to sustainable mobility, visit our website at http://www.nissan-global.com/EN/

About Nissan in Africa

Nissan Motor Co., Ltd. supplies innovative and exciting cars across the hatchback, SUV, sedan and pickup segments in Africa.  Nissan has three operational hubs on the continent: Egypt and South Africa – both of which have long established factories – and Nigeria. The Nigeria plant is the result of a partnership between Nissan and local Stallion Group, formed after the government introduced new policies to stimulate the local industry. Production of the first Nissan vehicles started in April 2014. In doing so Nissan became the first OEM automaker to build cars in Nigeria.

Nissan is revitalising its sales network and expanding its product range in many countries with launches of new vehicles like the award-winning Qashqai and X-Trail. The Nissan LEAF is Africa’s first electric vehicle, bringing zero emissions motoring to the continent. In 2014 the Datsun brand returned to Africa with the launch of the Datsun GO in South Africa. Nissan is targeting significant growth on the continent. In fiscal year 2013 the company sold nearly 110,000 units in Africa. Under its Africa Growth strategy, Nissan is targeting a 10% market share in Africa by 2017 with sales of 200,000 units.

About Nissan in Nigeria

Nissan has a strong presence in Nigeria through its partnership with the Stallion Group. Assembly of the Nissan Patrol, Almera, NP300 and Urvan takes place at Stallion’s VON manufacturing plant in Lagos. The plant complements Nissan’s established manufacturing hub at its South African operation, which supplies kits for assembly of the NP300 in Nigeria. Nissan distribution is through its sole Nigerian distributor, Stallion NMN, a subidiary of the Stallion Group. There are currently 11 Nissan dealerships  located in  Nigeria’s six geopolitical zones, with a notable presence in Victoria Island & Gbagada in Lagos, Abuja and Port-Harcourt. Nissan achieved 10% market share in FY14 and 18% market share in FY15.

Ford Nigeria has free dinner and airtime vouchers for you