Below are the two generations of the Nissan Armada produced from 2004 to 2020. 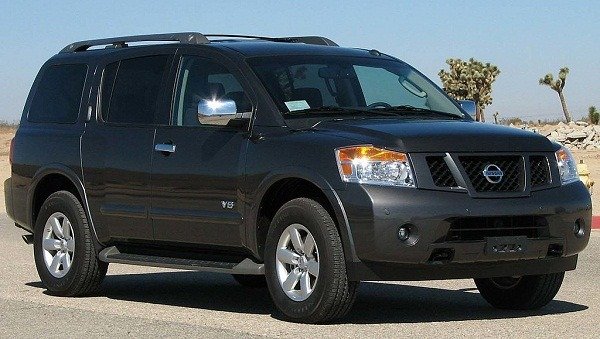 It was originally called Nissan Pathfinder Armada until 2004 when the ‘Pathfinder’ tag was dropped. After the drop, the Armada got a facelift in 2008 where some faults like braking were corrected.

The second generation of the Nissan Armada was unveiled at the 2016 Chicago Auto Show. This generation was based on the Nissan Patrol SUV and was also used for the Infiniti QX80. The Armada grew in length and width, but the wheelbase and height were moderately reduced. For this generation, the Armada was available with only one engine option: a 5.6-liter V8 unit mated to a 7-speed automatic transmission.