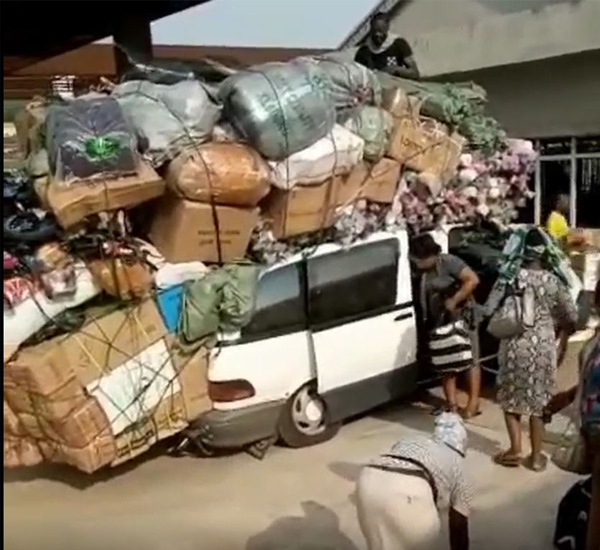 When vehicle manufacturers make their vehicles, they make them with a specific load-carrying limit. Toyota Previa

However, this has never stopped some people from overloading their vehicles beyond the wildest imagination of the vehicle manufacturers.

For instance, in the video below, a Toyota Previa, can be seen overloaded to a ridiculous capacity.

The Danger Of Overloading Vehicles

Overloading vehicles are considered illegal in many countries, that is if they carry loads that are above their legally permitted limit.

Overloading your car comes with a lot of disadvantages. It makes the car difficult to steer and takes the car longer to stop. The consequences of this instability can sometimes cause an accident.

Overloading a vehicle also puts strain on the tyres of the vehicles. The tyres can overheat and wear rapidly which increases the chance of premature, dangerous and expensive failure (such as blowouts).

Overloaded vehicles tend to cause excessive wear and damage to roads, bridges and pavements at the expense of the taxpayer.

Penalty For Overloading A Vehicle In Nigeria

The Federal Road Safety Corps (FRSC) had warned motorist about overloading their vehicles.

The road safety corps has severally confirmed the illegality of the act of overloading.

So, we should strive not to overload vehicles because aside the fact it is illegal, it is dangerous.