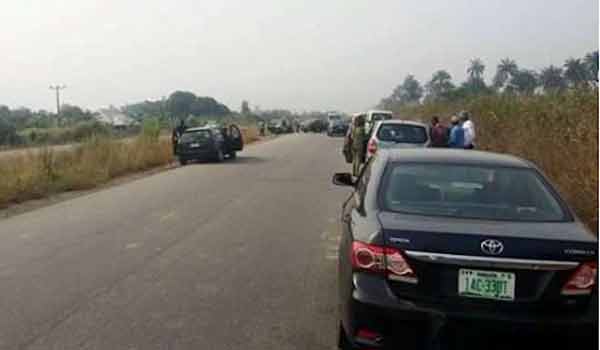 The Zamfara State Police Command has succeeded in repelling a robbery along Gusau – Sokoto Road, near Dogon Karfe in the Bakura Local Governmrnt Area.

In a statement, the spokesperson for the command, SP Mohammed Shehu, said the attack was foiled by the police tactical unit operatives deployed to safeguard the road.

Shehu said, “At the end of the gun battle that lasted for hours, many bandits were fatally injured with some of them believed to have escaped with gun injuries.”

“They however managed to evacuate the corpses due to their large number that was believed to be around 200.

“The road is now cleared for motorists and other road users as rigorous patrol is being intensified to avert any road blockage elsewhere.”

Our correspondent gathered that the bandits blocked the road on Sunday in an attempt to rob and kidnap motorists.

One of the passengers, Malam Ibrahim Mohammed, said  many passengers ran helter-skelter to avoid being robbed.

“Many of us ran into the bush as there was no way a vehicle could reserve or move forward,” Mohammed said.