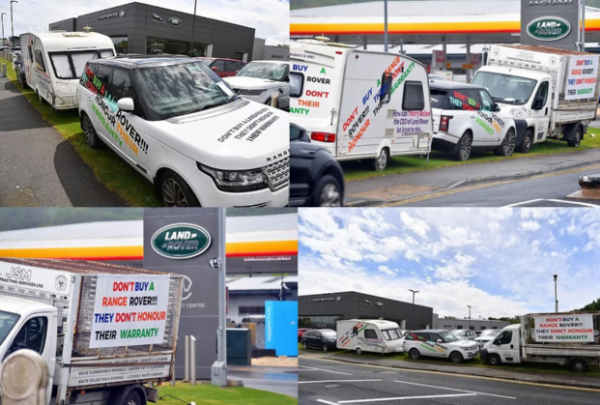 The vehicles were wrapped with messages, including ‘Don’t buy a Land Rover! They don’t honour their warranty,’.

He vows ‘I’m not going away!’, despite receiving an injunction to move the vehicles from the dealership entrance. 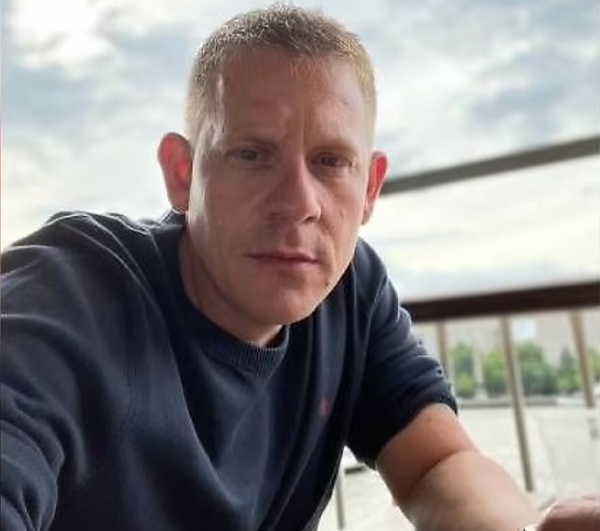 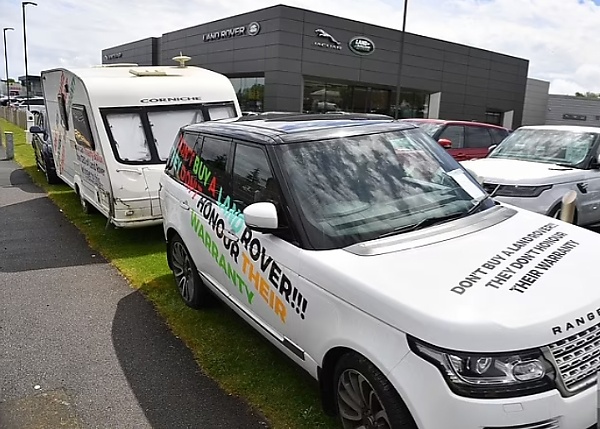 An angry Range Rover owner, Mike Cox, has gone to great lengths to express his displeasure over a warranty dispute by blocking a dealership using a fleet of vehicles plastered with angry messages.

Mr Cox said there had been numerous problems with his nearly-new Range Rover Vogue SE since he bought luxury SUV four years ago, which have never been repaired. 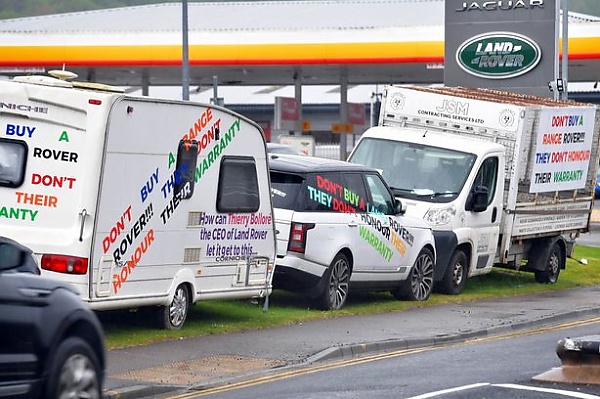 The vehicles he used to block the dealership includes his Range Rover Vogue SE, several cars, a Caravan and trucks – and they have been there the last three weeks. 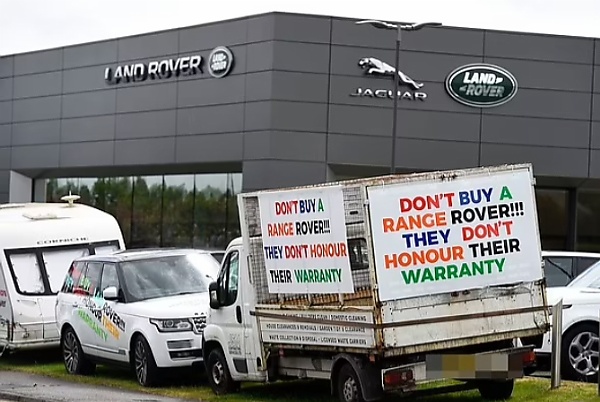 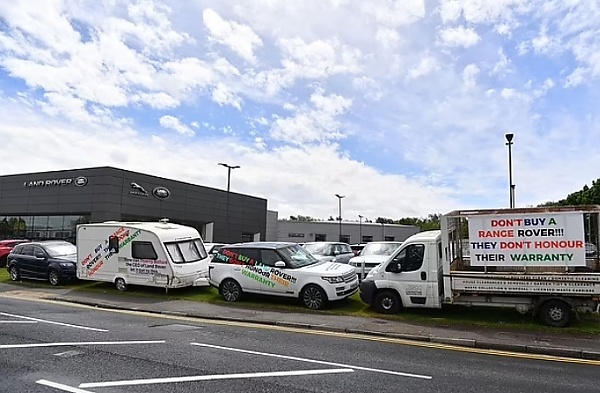 They were all wrapped with messages, including ‘Don’t buy a Land Rover! They don’t honour their warranty,’ and ‘How can Thierry Bollore (the CEO of Land Rover) let it get to this?’

Now the 36-year-old has received an injunction to move the vehicles he parked outside the Land Rover dealership. 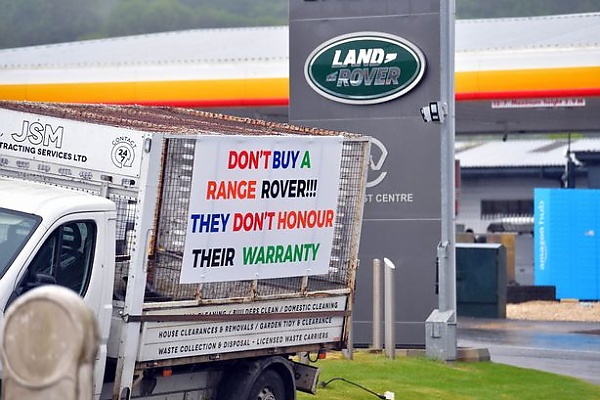 “I told Land Rover’s head office, I’m going to move it around all your dealerships and make a point, because what you’re doing is wrong.

“I want them to get the message that I am not going to go away, they will have 74 vehicles outside their garages and one outside their head office – it is wrong what they are doing,”

“They need to stop messing people around and instead give them the service that they expect to get. In my case, they are just trying to backpedal now and are using excuses. It’s ridiculous.” 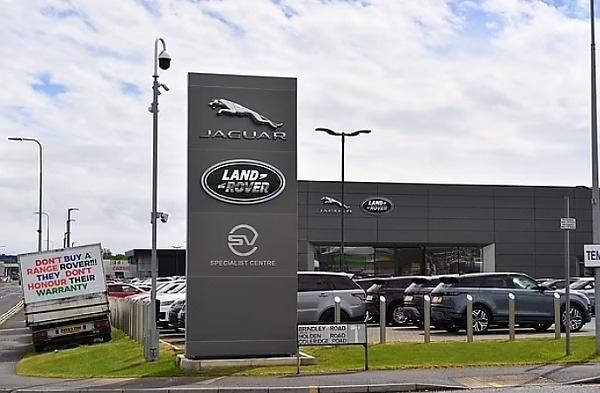 “They need to stop messing people around and instead give them the service that they expect to get.

A spokesperson for Land Rover said :

“We’re currently investigating this case and are in regular contact with the customer concerned.”