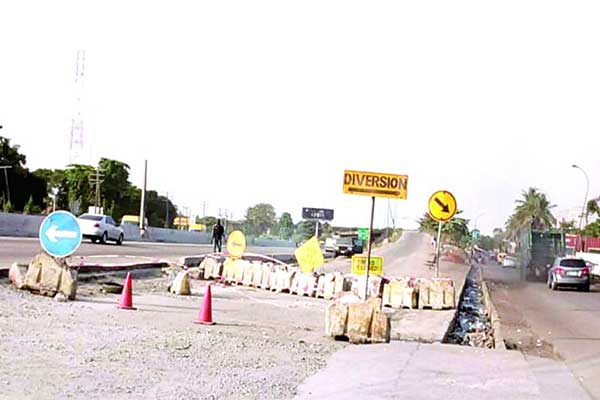 When in early January 2021, a petrol tanker loaded with fuel crashed at Toyota Bus Stop, on the Apapa-Oshodi Expressway, and burst into flames, damaged the bridge that leads to Murtala Muhammed International Airport, motorists and other road users never envisaged that it would, for months, disrupt their journeys to and from the airport and other destinations.

The damage was so intense that the Federal Government suspended usage of the bridge, which was in the right direction.

Due to the fact that the road leads to the airport and that the bridge is the only access to the airport for those living at Isolo and environs, Lagosians never gave it a thought that repair would take such a long time. 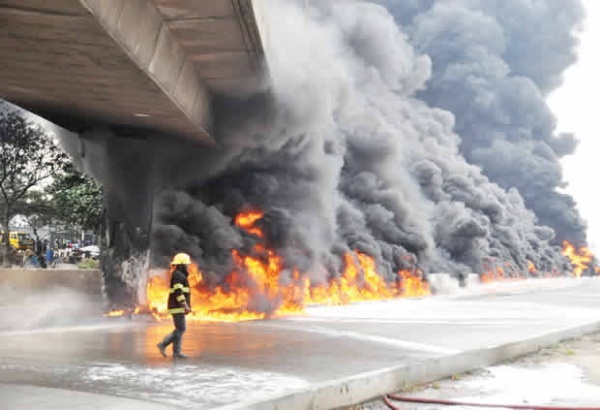 The assumption was that the plight of the users, especially those travelling by air, would be considered and would therefore influence immediate repairs of the bridge.

No sooner was the bridge burnt than the government indicated readiness to commence repairs, but to people’s disappointment, the expectation is shattered as nothing has been done six months after the incident.

The bridge users have been complaining of the inconvenience caused by the shutting down of the bridge without alternatives to the airport.

“Many in the process of looking for an alternative road have entered into the hands of hoodlums, who robbed them of their money. This is the time Nigerians should enjoy the government and reap the fruits of their efforts in voting for them.”

Another trader in the market, called Iya Tope, said: “As the government refuses to renovate the bridge, it is dangerous because most drivers are compelled to drive one-way, which can cause accidents.