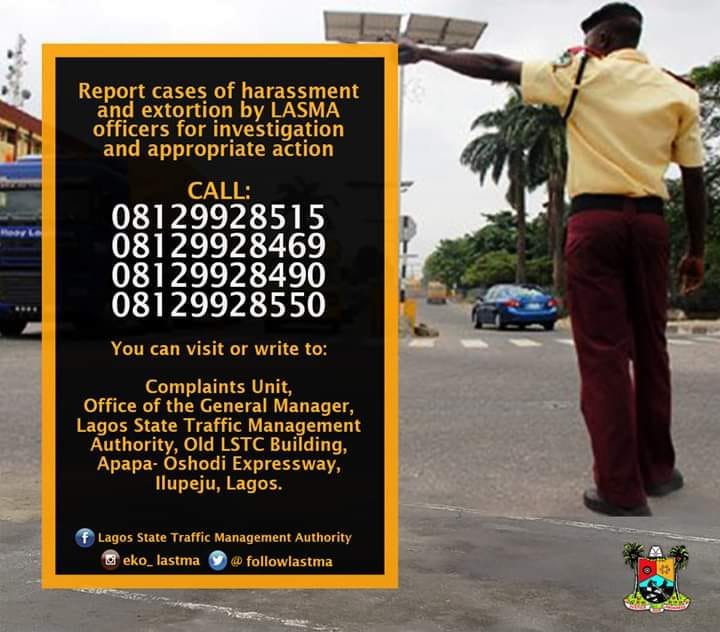 The Lagos State Government has released guidelines to report any LASTMA official  who do any of these three things:

Report cases of harassment and extortion by LASTMA officers for investigation and appropriate action.