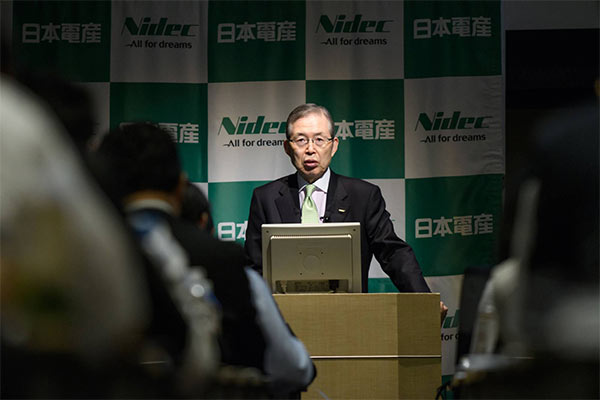 Nagamori will replace current CEO Jun Seki, who will be demoted to the chief operating officer.

Japanese billionaire Shigenobu Nagamori, founder and chairman of motor manufacturer Nidec, will leave retirement to return as the company’s CEO following a steep dive in its shares.

Nagamori, 77, will replace current CEO Jun Seki, who will be demoted to the chief operating officer, Nidec announced on Thursday. The Kyoto-based motor maker saw its operating profit fall 16.8% to 36.9 billion yen (about $288 million) for the three months ended March 31, marking the second consecutive quarter of such declines. Nidec shares are down 35% so far this year.

“I looked at the stock price every day and thought this is impossible,” Nagamori told reporters and investors, according to local media. “It was so frustrating that I felt like throwing a rock and smashing the stock display board.” Nagamori is the largest shareholder of Nidec, which he founded in 1973. He was ranked No. 5 on the Japan Rich List with a net worth of $9 billion.

Despite a 2.9% increase in net sales in the past quarter, Nidec’s profits were hurt by shortages of commodities such as copper and disruptions to production in China, the company said. The citywide lockdown of Shanghai in March to staunch the spread of Covid-19 caused widespread supply-chain disruption.

In 2020, Nagamori appointed Seki, a longtime Nissan Motor executive, as president and COO based on his automotive, manufacturing and global experience. He was promoted to CEO a year later. Nagamori said the leadership change is temporary and expects Seki to be CEO again in three years.