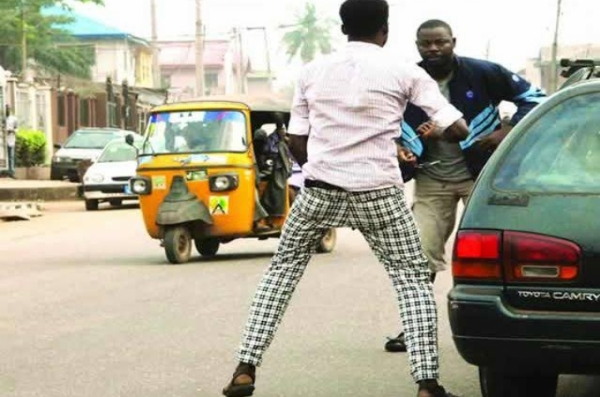 Road Rage : Most drivers in Nigeria are under substance influence or mental illness, according to Clinical Psychologist, Dr Leonard Okonkwo.

According to him, the government should start conducting mental tests on drivers instead of focusing on road worthiness and vehicle license.

Here is Dr Leonard Okonkwo’s interview with The NationOnline. 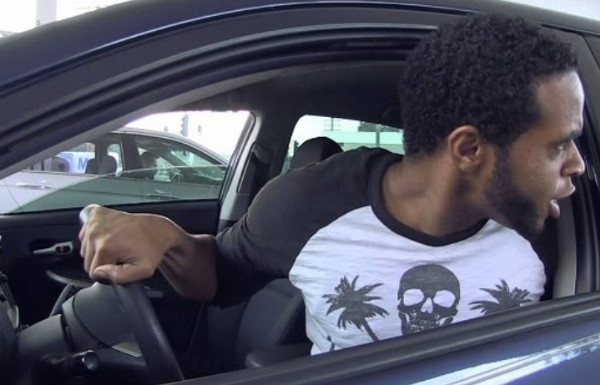 Dr Leonard Okonkwo, a Consultant Clinical Psychologist with the Lagos State University Teaching Hospital, speaks some of the issues that could culminate in irrational behaviours on the roads and how to manage such situations.

Can you please explain what road rage is?

Road rage is an uncontrollable anger that people feel in response to the behaviour or attitude of other road users. They are usually expressed in the form of violence, and it usually occurs on the road as the name implies.

With the recent spate of such incidences, it might seem like road rage is on the rise; from your perspective as a psychologist, why do you think this is so?

I wouldn’t really say it is on the rise; maybe the reporting is more now. However, what I can say is why do we have these incidences? I will look at it from three different angles.

First, is the angle of genetics. Some people are prone, by nature of their genetic endowment, to be impatient and hot- tempered.

Second, are environmental factors. There is a lot of frustration in the land; financial frustration, social frustration, all kinds. You see someone who has just been given quit notice in his rented apartment and wondering what to do next on the road. Clearly, he would be on edge. There is a lot of stress as well. Part of the environmental factors could also be because a lot of our cities are congested; and the congestion, of course means a lot of traffic, which culminates in a lot of impatience. You see people trying to cut corners, if you’re not moving as fast as they want; they try to get in front of you.

The third factor is the fact that many of these people are under substance abuse. And these are substance abuse that can trigger emotional responses at the slightest provocation, which will also lead to behavioural responses. The fourth, which is also very important, is that there are people with underlining psychological problem, mental illness.

How do we determine that a person has psychological problem?

To determine that a behaviour is abnormal, you look out for the five Ds:

(1) Deviation or deviants, which means there is a normal way that people are expected to behave or accepted by most people; so any behaviour outside that is deviant. A normal human being, for example, will not deliberately run over another human being, reverse and run over him again to make sure he was dead. That is clearly a deviant behaviour.

(2) Dangerous. When people begin to behave in a way that endangers other people, such as driving recklessly and dangerously.

(3) Distress. Is it distressing?

(5) And the fifth is duration. When you find these kinds of behaviours occurring over and over a period, then you know that such person is not normal? Most people you see on the road have underlining psychiatric problems. There are certain psychiatric problems that are very irritable, like the one we call bi-polar affective disorder or manic disorder. When people have this kind of disorder, every little thing irritates them.

Let’s look at the mental or psychiatric part. Unfortunately, the only things our authorities seem to worry about are road worthiness and vehicle license. Don’t you think it’s time the government started conducting mental tests on drivers?

Yes, that is very important. I once made that call in an interview I granted another medium. Road users’ mental state should be evaluated. Many people can physically move cars from one point to the other, but their mental state, which is the control centre of that action, is not in order. And if it is not in order, there is no how the lives of other road users would not be in danger. Even if it is not yearly, applicants’ mental state should be evaluated at the point of renewing the driver’s licenses, just as they evaluate the eyes.

Aside that, every time they break the traffic law, they should be evaluated, because they may be breaking those laws as a result of an underlining mental illness. And any time mental illness is spotted, they should be referred for treatment, not just fined. Unfortunately, the regulators seem to be more concerned with the money they generate from fining them.

What is your advice to the ‘saner’ people on the road when they come face to face with provocation from fellow road users, so that they can avoid such occurrences?

Do not join issues with him. Let him go. One of the things I learnt while learning to drive is that the other person on the road is either a learner or sick. So don’t expect that every driver you encounter on the road is normal. What this means is that even when your rights are impeded on, you should learn to be calm. It was Greek philosopher, Epictetus, who propounded that people are not disturbed by the things that happen but by their views of those things. This means it is the way you perceive these things that they affect you, not the things themselves. So when you see somebody running recklessly ahead of you, do not say ‘ Oh, this person is insulting me, I must revenge.’ Or somebody scratched your car, and then you go and sit on his bonnet. The last man that did that is nowhere to be found now. So always assume that other people may not be normal. Learn to be calm. Some of these things may not be so expensive after all. Take it as one of the hazards of the road, except if it’s a major damage, in which case you could have road users and law officers intervening. Of course anger is a normal emotion; it’s only when it gets beyond the normal level that it’s not good.

You can control the way you see the situation by looking at things differently. There are four different ways of looking at things. There is the empirical way, where you ask: does the person really intend to insult you by speeding past you? He might be rushing because there is a medical emergency or from a threat. Number two, when you see somebody driving recklessly, ask yourself, is it normal? Does it make sense? If no, then don’t join issues with him. Number three; look at it from the angle of functionality. Will joining issues with this person not affect my functionality? Is it not going to waste my time? Philosophically, you can ask yourself, ‘Is the damage beyond what I can repair? Is it something I cannot overlook? Does the fact that he called you Weeree (mad man), makes you a madman? So, I repeat, learn to calm down. Also, keep a safe distance, so you don’t expose yourself to unnecessary attack.

In Europe and America, people who drive under the influence of alcohol can be picked out through random breathe test, don’t you think it’s high time such is introduced in Nigeria?

Yes, I would advise that such laws be introduced and strengthened. But the problem has not been the law itself but the enforcement. Don’t forget that some of the law enforcers like the Police, LASTMA are under the influence of alcohol. How do such officers enforce the law? Sometimes, enforcement is even an opportunity for the law enforcement agencies to extort. In the UK and US that you cited, there are checks and balances. Do we have those in place?

Mercedes-Benz Employees To Get ₦3.6 Million Bonus Each For A Job Well-done In 2022