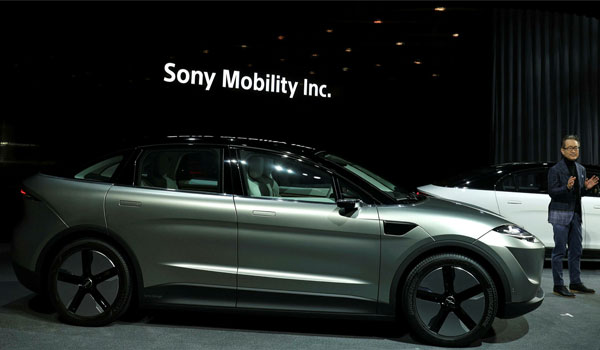 Yoshida said that the Japanese tech company will establish a new operating subsidiary called “Sony Mobility Inc.” in the coming months and is considering the commercial launch of an electric vehicle.

“We believe Sony is well positioned as a creative entertainment company to redefine mobility with our imaging and sensing, cloud, 5G, and entertainment technologies combined with our content mastery,” Yoshida said.

The company, which is best known for its electronic gadgets and entertainment products, intends to use artificial intelligence and robotics in its new EV business.

At the CES show in Las Vegas, it unveiled the Vision-S 02, an SUV prototype. 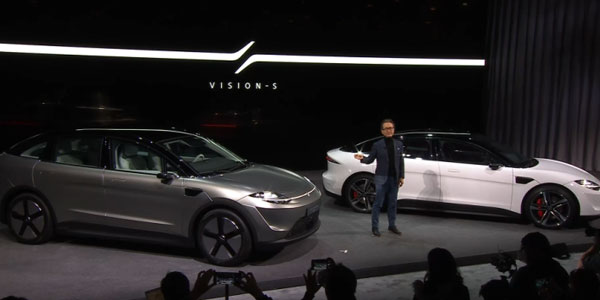 The concept SUV makes use of Sony (SNE) sensors to enable some self-driving functions, as well as the company’s entertainment expertise. Passengers would be able to play video games while traveling while connected to their home PlayStation consoles.

Sony unveiled its first prototype vehicle, the Vision-S 01, two years ago, and it will begin testing on public roads in Europe in December 2020. According to a press release from Sony, the new SUV will use the same EV cloud platform as the first model.

It is unclear whether the company intends to manufacture cars under its own brand or to collaborate with other automakers.

For years, rumors have circulated that Sony rival Apple (AAPL) is considering developing its own electric vehicle. The rumor mill turned again in April last year when CEO Tim Cook hinted autonomous driving would be a core feature of any Apple car, but the $3 trillion company has so far not confirmed plans to build one.

After Nearly A Century Of Dominance, GM Has Been Dethroned As America’s Largest Automaker By Toyota