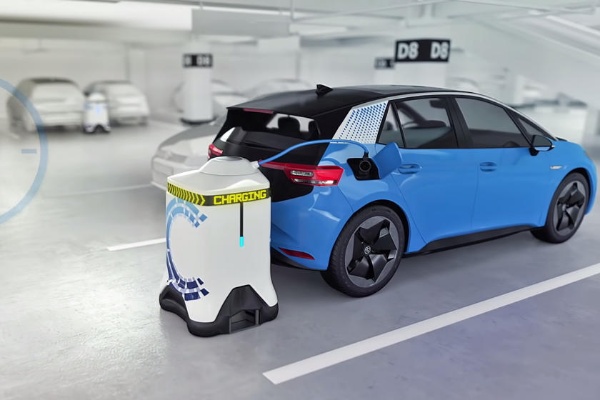 Volkswagen shows off its Mobile Charging Robot that comes to charge your electric car by itself.

The entire charging process – from opening the socket flap to connecting the plug – occurs without any human interaction.

Volkswagen’s autonomous Mobile Charging Robot will be deployed on the market in 2021. 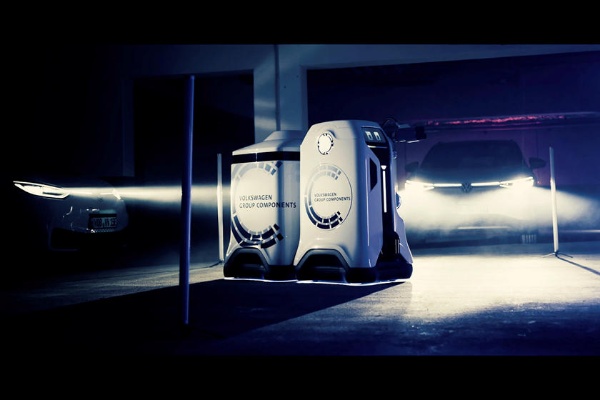 Volkswagen’s bid to provide flexible quick charging stations for its customers has led to the creation of a Mobile Charging Robot that comes to charge your electric car by itself.

The autonomous flexible charger was designed by Volkswagen Group Components. It consists of a self-driving robot as well as agile energy storage devices, also known as battery wagons. 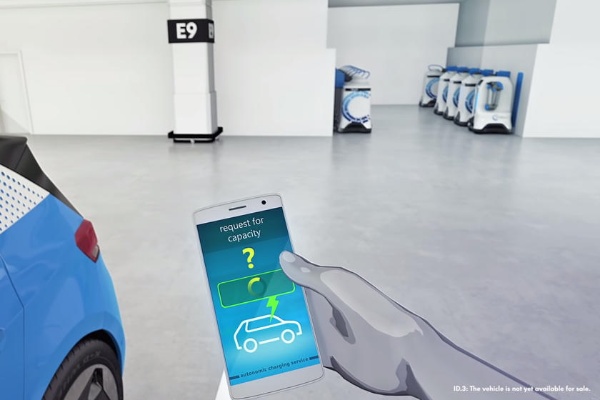 After it is started via app or V2X communication, the mobile robot drives itself to the vehicle that needs charging and communicates with it.

The entire charging process, from opening the charging socket flap to connecting the plug to decoupling, occurs without any human interaction.

When fully charged, the robot can to move on to another EV that needs charging or returns to its home base. 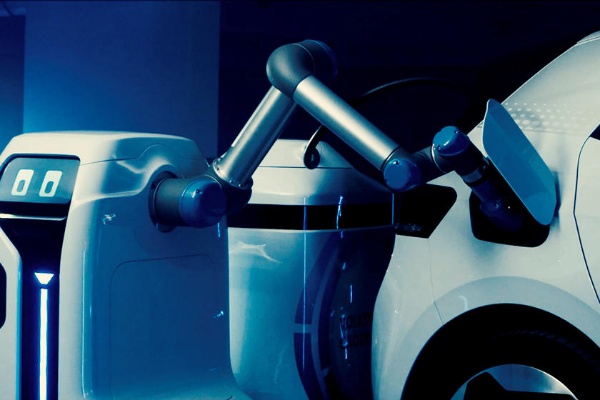 “A ubiquitous charging infrastructure is, and remains, a key factor in the success of electric mobility.

Our charging robot is just one of several approaches, but is undoubtedly one of the most visionary,”

“Setting up an efficient charging infrastructure for the future is a central task that challenges the entire sector,” 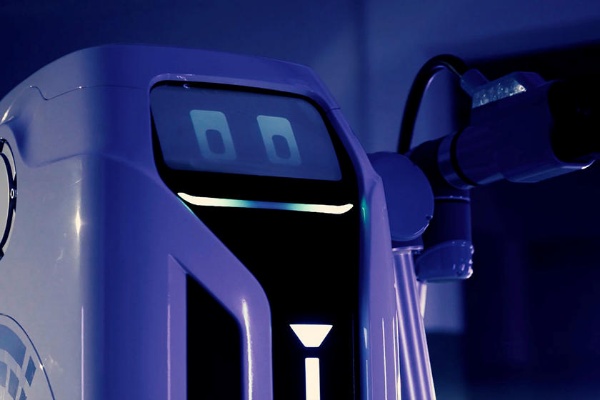 “We are developing solutions to help avoid costly stand-alone measures. The mobile charging robot and our flexible quick-charging station are just two of these solutions,”

Volkswagen’s mobile charging robot has already reached prototype status. The autonomous mobile charge will be deployed on the market in 2021.