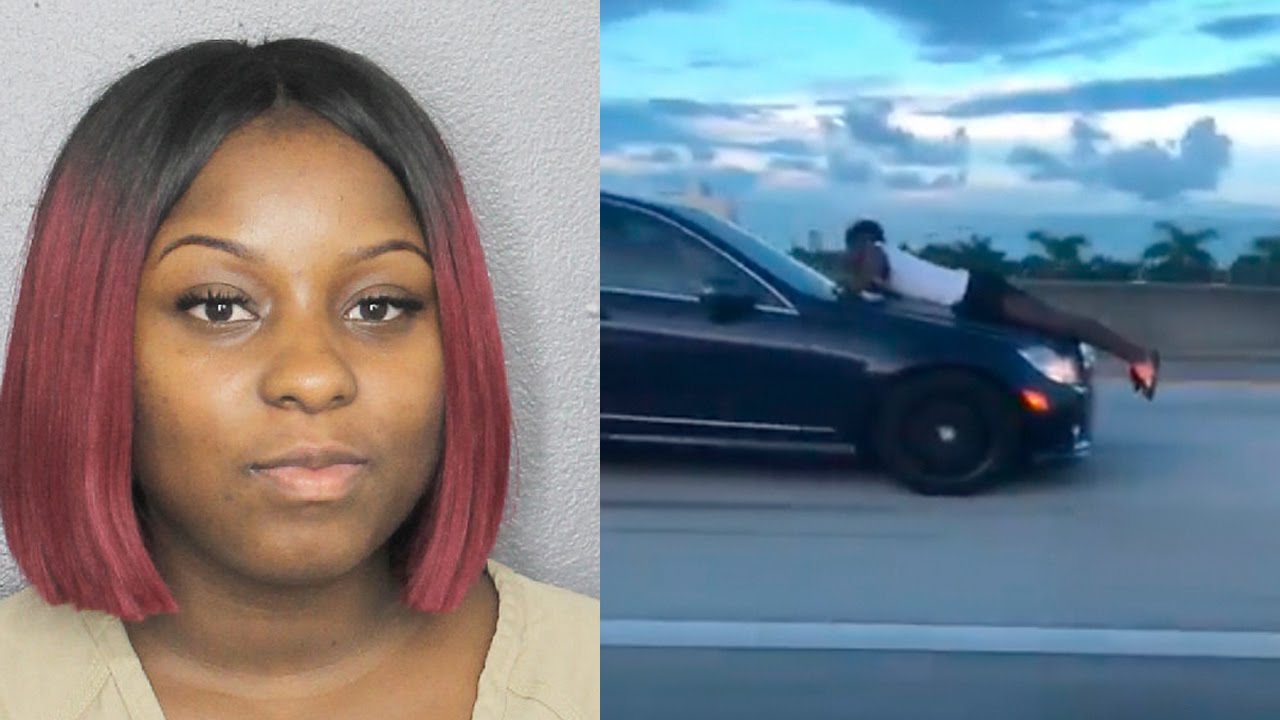 The man on the bonnet told a dispatcher, according to the 911 call
“She’s swerving the car and I’m on top of the car,” “I really need help.”

This astonishing footage taken by another driver driving at 70 mph was combined with the audio from the actual 911 emergency call made by the 22 year old man on the bonnet of the Mercedes-Benz .

A 24 year old Florida woman, Patresha Isidore ,was arrested after she drove off with her ex-boyfriend stuck on the bonnet of a Mercedes-Benz .

According to 22 year old man, Junior Francis, after an argument with his ex-girlfriend,Isidore rushed to the car they jointly own and both needed that day. So he jumped on the bonnet in an effort to prevent her from driving away.

Patresha Isidore told WSVN
“I had to go get my child,” .

“I wasn’t going to deal with any foolishness.”

They still live together despite breaking up eight months ago . Isidore said she had no choice but to drive away as her ex-boyfriend held onto the bonnet of her Mercedes-Benz C300.

Francis later managed to remove the key from the car’s ignition when they got to the West Park. He told the police he didn’t want to press charges against the mother of his five-year old child .He also refused to provide a statement.

Francis said he’s still frightened by what happened on the highway :
“This woman is going to kill me, “She’s really out to kill me.”

See The Most Popular Three Wheelers Around The World