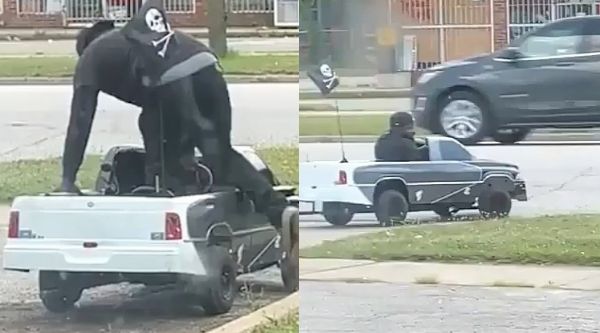 An American man has turned heads after been spotted riding stylishly in his ‘World’s Smallest Pickup Truck’.

His truck decked with ‘danger flag’ is powered by small engine used in lawnmowers and small generators.

Americans are known for their love for trucks cos they are extremely versatile and customizable.

Pickup trucks accounted for five of the industry’s 10 best-selling vehicles in 2020. 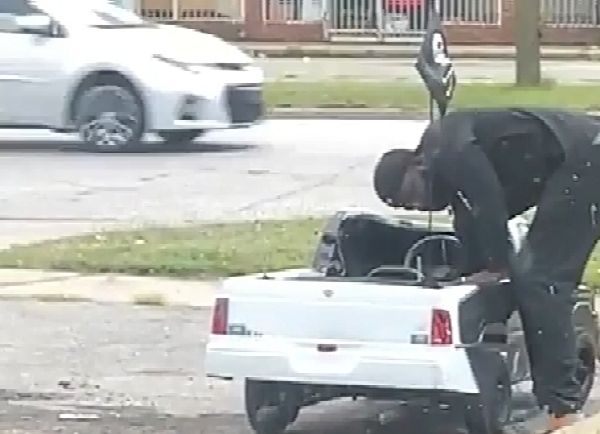 A truck loving American man has turned heads after turning up at a local store in what has been described as the ‘World’s Smallest pickup truck‘.

The North Americans are known for their love for pickup trucks and this must have led the man into building a tiny one for himself to take for short drives. 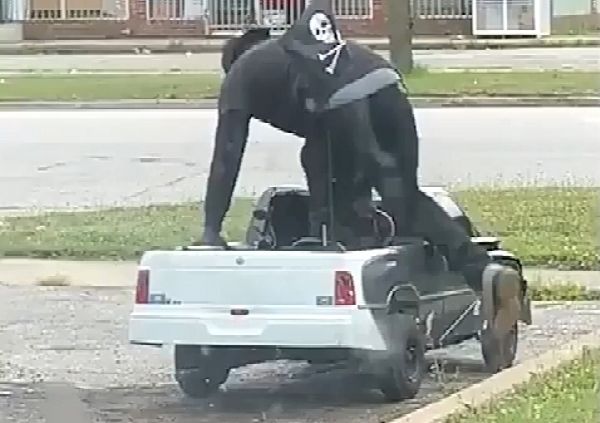 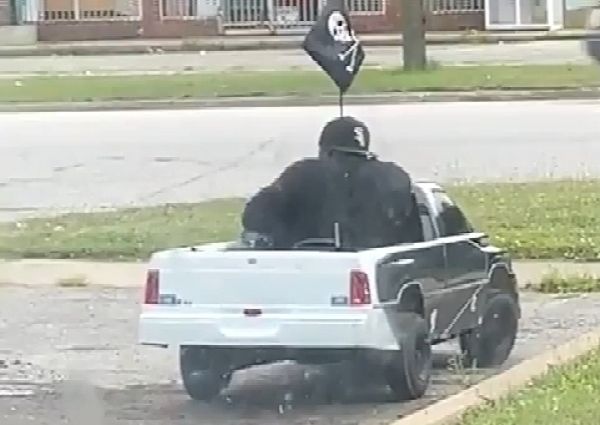 In a footage shared online, the man can be seen pulling the starter rope to start his Mini pickup truck. This obviously means that the custom-built vehicle is powered by an air-cooled gasoline engine from a lawnmower or a small generator.

With the engine on, the man stylishly mounted his pickup truck decked with danger flag, before driving away — forcing the lady who captured the whole scene into laughter. 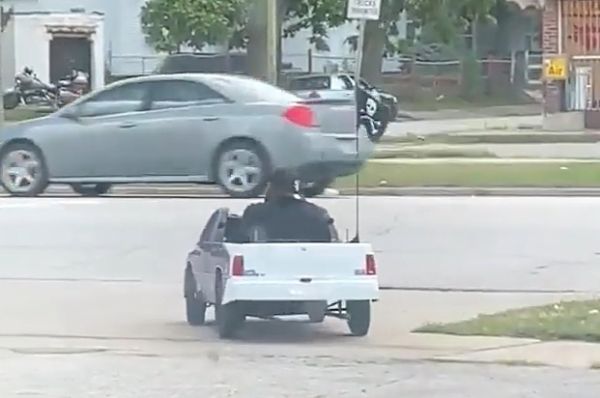 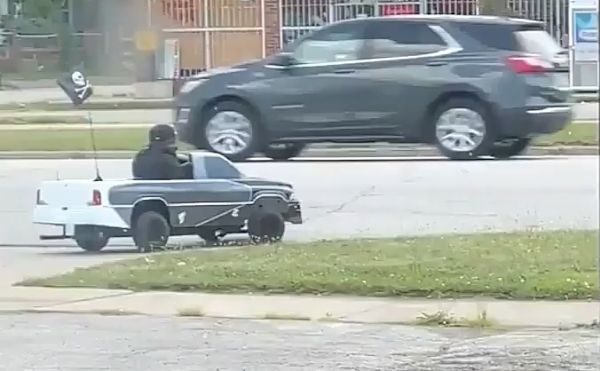 Both light and heavy-duty pickup trucks are the most sought after vehicles in the United States because they are extremely versatile and customizable.

Despite their increasingly higher prices, pickups still accounted for five of the industry’s 10 best-selling vehicles in 2020 — making them popular on the American highways.