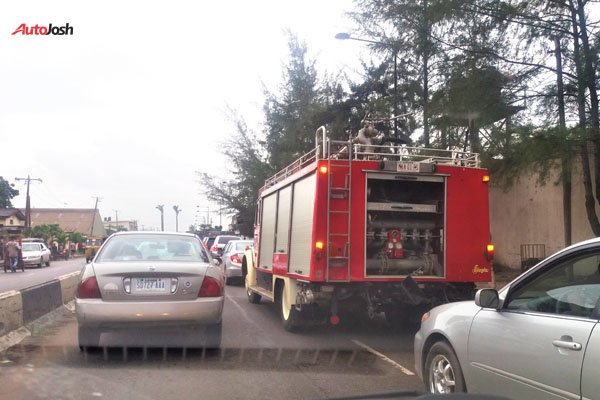 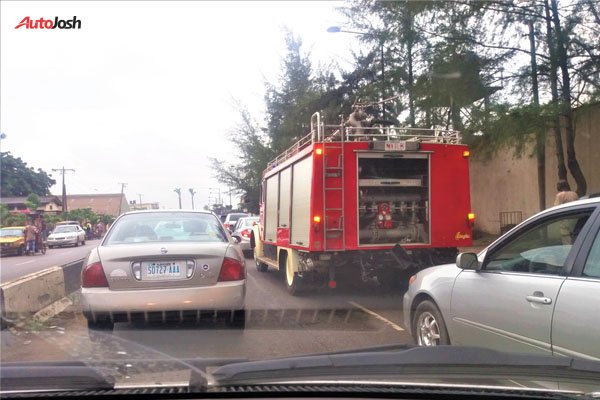 This scene was captured this morning.

It was a traffic scene that features a Fire Service Vehicle. It was, ostensibly, on an emergency run.
Its lights were flickering and the siren blaring.

Yet, it somehow succeeded in being stuck in a traffic gridlock along the Surulere Industrial Road/Adeniyi Jones road in Ikeja.

No motorist on that routes seem the least interested in giving way so that the emergency vehicle can pass.

Sadly, the time was around 8am, on a Monday morning – one of the most notorious rush hour periods in Lagos state.

For all we know, the Fire truck could have been racing to a building that is being consumed by inferno.

The emergency vehicle was left with no choice but to exercise patience and then go with the traffic flow.

This begs the salient question: why do we find it difficult to spare a minute to grant emergency vehicles access in traffic?

Are we that much in a hurry to get to our destinations in Lagos?

Or could it be distrust because of abuse of such privileges by emergency workers? 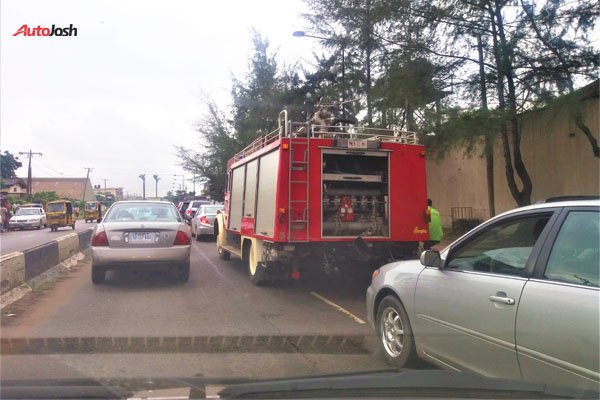 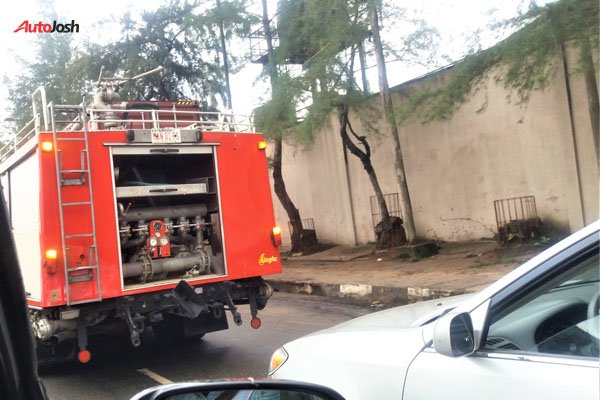