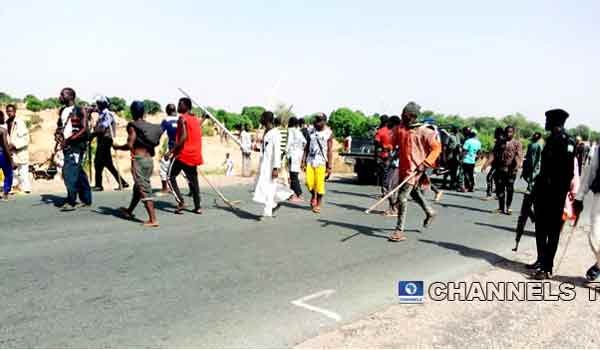 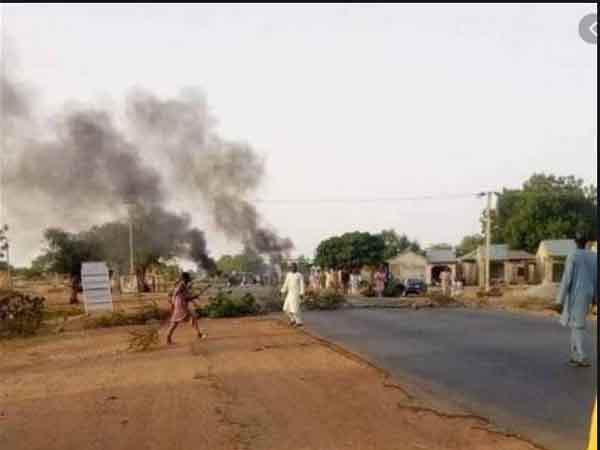 Angry youths have staged a violent protest along the Gusau – Kaura Namoda Highway in Zamfara State.

Eyewitnesses said that the protesters occupied the road very early on Monday over the incessant attacks by bandits in their communities.

One of the commuters who was trapped along the road explained that the youths blocked the highway along Kurya junction and began to destroy public vehicles travelling along the road.

They condemned the unending insecurity and attacks which the people of the area have suffered at the hands of the bandits.

While the demonstration was ongoing, police operatives were said to have dispersed the protesters to ensure the free flow of vehicular movement on the road.

Residents of Zamfara have been living in fear as a result of the continued attacks by bandits on communities in various parts of the state.

One of the recent attacks was the killing of over 20 people when bandits stormed five communities in two local government areas of the state about two weeks ago.

Addressing a press conference on April 2, the Commissioner of Information in Zamfara, Ibrahim Dosara, revealed that no fewer than 2,619 people were killed in the state between 2011 and 2019.

He added that bandits abducted 1,190 people from various parts of Zamfara in the last eight years, and over 100,000 people were displaced from their ancestral homes as a result of bandits’ activities, while 14,378 livestock were rustled within the period.

Dosara noted that the Zamfara State government has spent the sum of N970 million on payment of ransom to bandits to secure the release of kidnapped victims since 2011.

He lamented that there were more than 100 different camps and over 30,000 bandits operating across Zamfara and beyond, but the state government’s would continue with its amnesty programme for bandits as part of measures to secure its people.