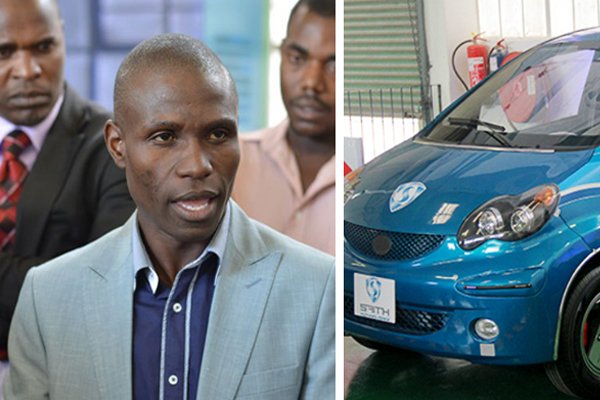 The American auto-maker, Tesla, is known for being a specialist in producing electric vehicles (EV). They are also known for innovations when it comes to EVs.

However, a Zimbabwean has beaten Tesla to an electric car innovation.

Sangulani Chikumbutso produced an electric car that does not require conventional recharging in addition to a wide range of technologies. Chikkumbutso achieved this through his company SAITH Technologies.

Unbelievably, he is reported to produce energy for vehicles from electromagnetic waves, simple radio frequencies.

“By revealing undisclosed substance (industry secreted) to radio wavelengths, the Eco-friendly power generator has the capacity to funnel the power generated into function electrical energy. His a.ssertion is always that he has moved past the rules of preservation of energy as generally comprehended as equivalent shift of energy from a single form to a different one proclaiming that this kind of “discovery” displays the application of basic gel battery packs in series of 220 volts generating a greater output in electrical power (500,000 Watts). We aren’t certain how this claim could be allayed, therefore we wish at some discussion board researchers will put the statements to test.”