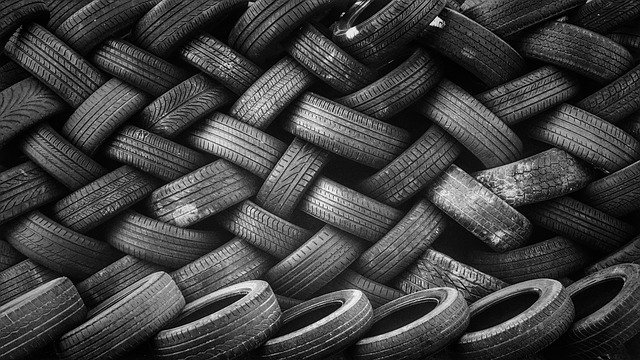 Knowledge they say is light ,but how much knowledge do you have about tyres ?.Here are ten facts you should know.

Car tyres are naturally white since they are made from rubber ,they become black after carbon or silica is added .

It is said that the word “tyre”(UK) also “tire”(US) got its origin way back in the 15th century .A shortened form of “attire”,since the tyre is seen as a “clothing” of the wheel.

Old and worn-out tyres are often used to build roads .

Making use of a technique called “Crumbling” ,where the tyres are transformed into various sizes of granules.

Did you know that your tyres (the considerably suitable ones) can be retreaded ? .Giving your almost smooth tyres a second life and helps save some few bucks .However I am not sure if such services are available here in Naija.

Many years ago the first set of tyres were not actually made from rubber .They were made from bands of iron ,which was later changed to steel.

Michelin is working on something called the “tweel”, a one-piece airless wheel and tire. The tweel offers the possibility of no flat tires, and replaceable treads.Now thats awesome ! .

The recommended(for safety) and legal minimum thread depth in most countries is 1.6mm .

Tyres have an expiry date ,six years to be precise.So check those tyres before you buy them ! .Naija people that like buying tokunbo

The right tyre pressure , can actually help boost fuel economy by about 10 percent.

The world’s largest tyre is in Allen Park Michigan. This monster tyre weighs 12 tonnes and its 80 feet tall . It was built to withstand hurricane-force winds.  It once served as a Ferris wheel at the 1964-65 New York’s World Fair.

8 Quick Car Hacks You Should Know