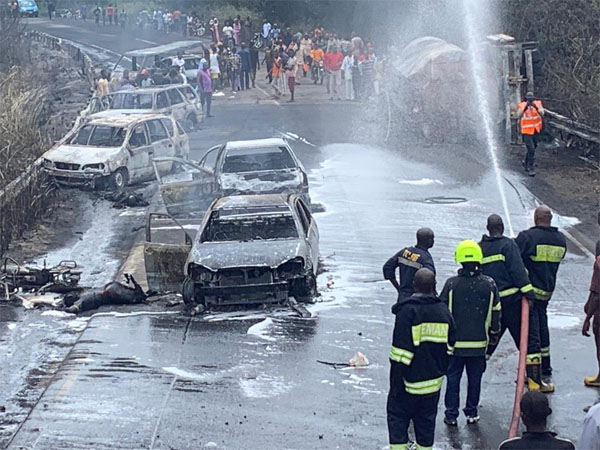 About 20 people were feared dead yesterday in a multiple fatal accident in Osun State. The accident  occurred in Igbelajewa area along Ilesa-Akure expressway in the State.

The accident was caused by a fire explosion. This occurred when diesel laden truck lost control and split its content on the road. This ignited fire immediately.

Another angle to the report revealed that the two lorries had an head collision resulting in one of the tankers splitting its content and caught fire immediately.

No fewer than nine vehicles and two lorries were trapped in the explosion from the accident.

Many of the passengers of an 18-passenger commercial bus was reportedly burnt beyond recognition in the inferno.

According to reports,  the accident occurred around 11:am on Monday.

Officials of Federal Road Safety Commission were said to have later diverted traffic through Ipetu Ijesa town. This was done to ease the gridlock. 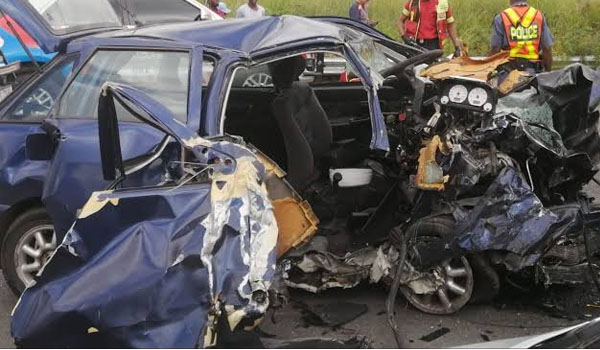 An eyewitness, Wale Ademola, said,” Many people were burnt to death and some were injured in the inferno. But I don’t know how many persons were involved “.

The Police Public Relations Officer in Osun State, Mrs Yemisi Opalola, confirmed the development to journalists but said she could not give the number of casualties yet. Osun Accident

The prompt response by the Divisional Police Officer(DPO),Ijebu-Jesa Division, SP Taiwo Olumide Olugbemileke and men of Federal Road Safety Corps (FRSC) saved some of the victims that were rushed to available hospitals while those that lost their lives were deposited at the mortuary.

FRSC spokesperson said nine vehicles were involved in the accident while the numbers of people that died and those that sustained injuries could not be ascertained as of the time of filing the report.

She said those that sustained injury were rushed to RTC Clinic, Ipetu-Ijesa and Wesley Hospital, Ilesa for medical treatment.