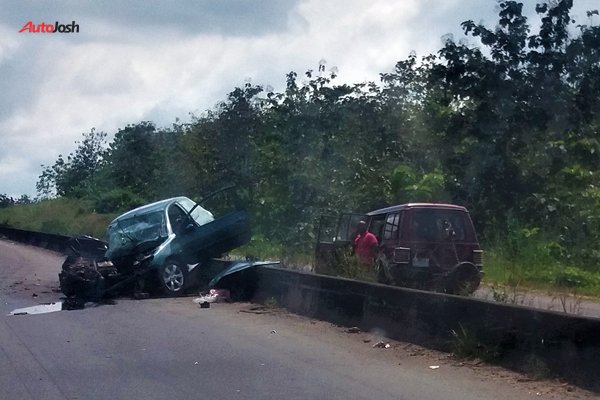 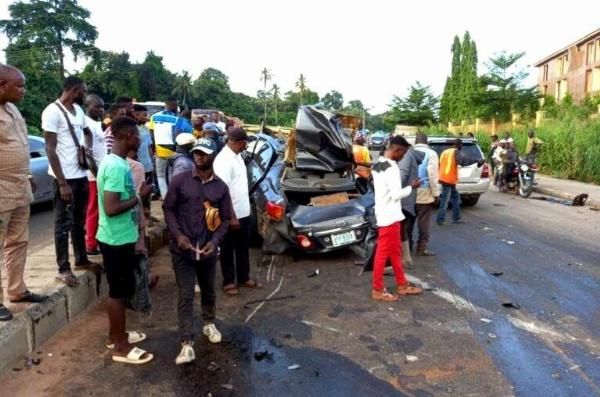 According to the NBS’s Road Transport Data report, which was released on Tuesday, a total of 6,486 road crashes occurred during the review period, with 3,301 and 3,185 cases recorded in Q1 and Q2, respectively.

The NBS also stated that the observed decline indicated an improvement in road safety.

“In each of the quarters under review, serious cases of road crashes stood top, compared to fatal and minor cases observed, this calls for strengthening of our road safety agencies and medical response team,” the Bureau added.

According to the National Bureau of Statistics, 3,121 people were killed in traffic accidents in the first six months of 2021.

A closer examination of the NBS data revealed that speeding was the most common cause of road crashes during the review period.

Sign violations came in second place to speed violations as the leading cause of road accidents during the review period, followed by wrongful and dangerous overtaking.

According to a breakdown of the figures, the North-Central region had the most cases of road crashes in Q1 2021, with 905, followed by the South-West region with 877.

“In terms of casualties in the quarter, the North-West had the most at 3,143, followed by the North-Central region,” according to the report.

“However, in the second quarter of 2021, the North-Central yet again recorded the highest cases of crashes at 1,015, followed by the South-West region at 876. This accounted for 3,006 casualties in the North Central, the highest recorded.”

The report also disclosed that in Q1 2021, 5,193 vehicles were involved in road traffic crashes compared to 5,230 in the preceding quarter.

The number of vehicles involved in accidents fell further to 5,134 in the second quarter of 2021.

“Over the last three quarters under review, commercial vehicles were most affected in road crashes averaging 64.92 per cent of the total vehicles involved.”

Shell Converts Its Petrol Station In London Into Electric Car Charging Hub, See Before And After Photos