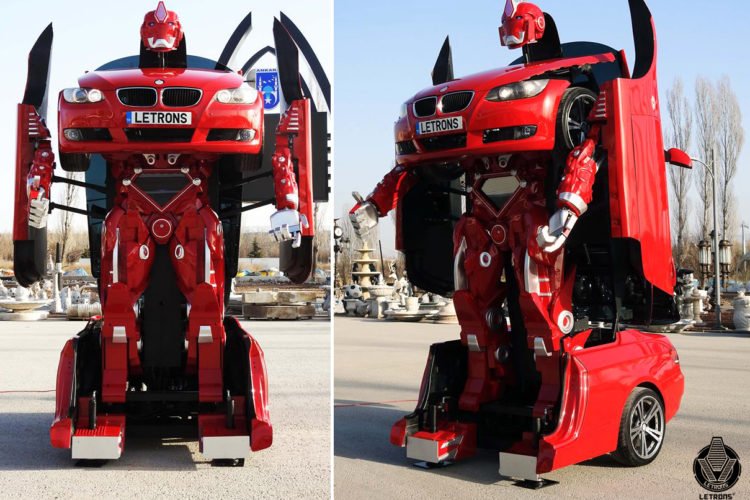 Car technology and improvement is growing at a rate that we can’t even keep up with .Science fiction movies have been giving us predictions from the early 1960s till this point .Most of these technologies are already available.You have probably heard about some of them and others you probably don’t know already exists.

Lets get right in !

Having a car you can move on the road and in the air is a dream a lot of people can’t just wait to see.While there are a lot of prototypes, there are already functional ones that are still undergoing testing and modifications .Check out the video below :

If a flying car has failed to fascinate you,how about a car that moves on land,on water and under water .

Yeah its already in existence .And if you think it is a recent technology then you are wrong .One that was built in recent history is the Amphicar Model 770 built in 1961,it could move on land and on water ,but not underwater about 4000 units were built.

A more recent car in this category is the Rinspeed sQuba  which can move underwater and on land.

Some cars were built as far back as the 1800’s that could move on land and water ,but they were not as successful as the aforementioned.

3.Car That Communicate With Their Owners

Old school Sci-fi movies just couldn’t stop showing us talking cars ,well they are now in existence ,from the most basic GPS lady to more advance features like you giving your car voice command and receiving a voice feedback.How awesome !.

4.Cars That Drive Themselves

The crave for self-driving cars is on the increase while some people are still scared of them.Its no news that autonomous and semi-autonomous cars already exist.

5.Cars That Communicate With Each Other

Now lets dive away a bit from a car that can talk to you ,how about cars that can communicate with each other .Its called V2V or Vehicle to Vehicle communication.

It allows vehicles communicate various things with each other like their position ,alert themselves of potential collisions etc. While its still undergoing a lot of development ,significant success has been attained.

I just hope these cars won’t have misunderstanding with each other like humans .

6.Cars That Can Read Your Emotions And Preferences

If you feel your friend or spouse just doesn’t understand you or your feelings.Get a car that can do so.There are cars that study their drivers preference of music,preferred routes etc.An example of such car is the customized BMW i8 that has IBM’s Watson artificial intelligence integrated into it.

Seen the Transformers movie ?,well a company has built something like that .A Turkish company “Letrons” has modified a BMW 3-series car to create a real life transformer.Check it out below :

The Japanese have also created something similar :

While its not as good as the one in the movie ,it shows us that we have just scratched the surface of awesome and breath-taking technologies to come.

If God Was A Road Safety Officer…