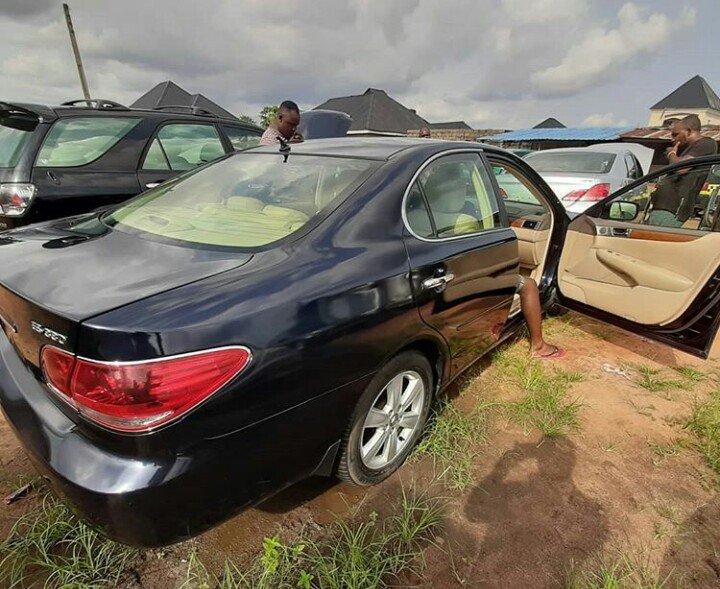 Dike Osinachi, who is popularly known as Apama, bought a Lexus ES330 for his wife.

A while ago, he shared an Instagram post in which he revealed he just got the car for his wife. The actor uploaded the picture with the caption “this for zim“.

Apama is a graduate of Imo State University who has a degree in Chemistry. His acting career started in 2004 when he got featured in a movie titled ‘Iron Pant’ alongside Tony Umez, Regina Askia and other top actors.

Apama has joined the league of celebrities that has gifted their wives cars. Femi Gbajabiamila, the speaker of House of Representatives, had to save for years to gift his wife a luxury SUV. You can read about this via the link HERE.