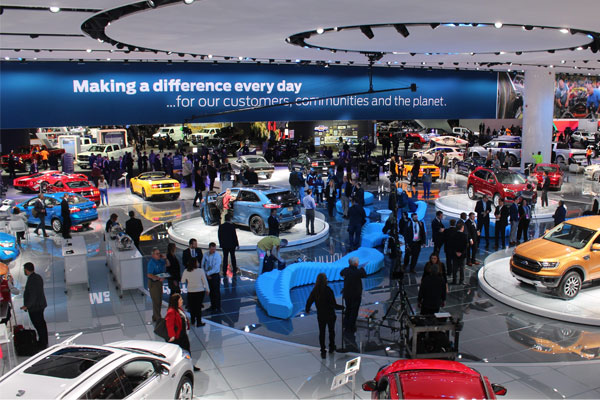 The North American International Auto Show will return to Detroit this year after being canceled for the past two years due to the Covid-19 global pandemic.

The Detroit auto show, regarded as one of the largest car events in the United States, drew approximately 800,000 visitors in 2018. It is estimated that it contributes approximately $500 million (£367 million) to the local economy.

Last year, the show was replaced by ‘Motor Bella,’ a multi-day outdoor enthusiast event held in Pontiac, Michigan, just north of Detroit. The show’s organizers insist that all precautions will be taken to ensure the event’s safety.

“We are excited to be back in downtown Detroit,” said Rod Alberts, executive director of the Detroit Automobile Dealers Association.

“We are uniquely positioned to bring a dynamic, engaging, experimental show to Detroit in 2022, capitalizing on everything we’ve learned over the last two and a half years.”

The most recent North American International Auto Show took place in 2019, and it is traditionally a major event for manufacturers based in the United States.

At the 2019 show, Ford unveiled the Explorer and Mustang Shelby GT500, while Kia unveiled the Telluride, Subaru the new WRX STI, and Toyota the new Supra.

Gunmen Kidnap Passengers In A Commercial Bus In Imo

Porsche Delivers 301,915 Vehicles To Customers Worldwide In 2021, The Highest In Its History