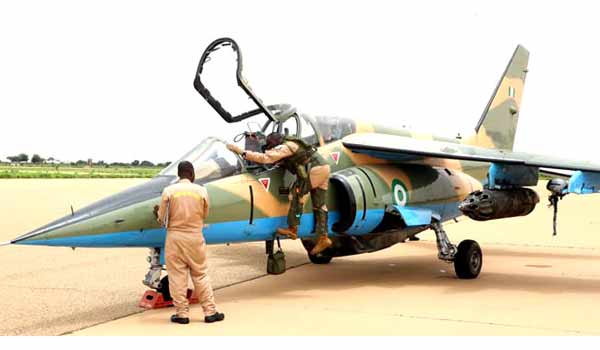 The Chief of Air Staff, Air Marshal Oladayo Amao, has constituted a committee to conduct a safety audit of all Nigerian Air Force operational and engineering units.

This followed the plane crash in Kaduna State which killed eleven military officers, including the Chief of Army Staff, Lieutenant General Ibrahim Attahiru.

A statement on Tuesday by NAF Director of Public Relations and Information, Air Commodore Edward Gabkwet, revealed that the committee comprised serving and retired senior officers of the force.

The committee, among other terms of reference, is to analyse safety reports from operational and engineering units, conduct safety evaluation of NAF units, and recommend measures to enhance the safety of operations in the units.

It was also mandated to interact with unit operational and technical personnel for views, observations, and contributions on safety measures.

The committee chaired by the Deputy Theatre Commander of Operation Hadin Kai, Air Vice Marshal Abraham Adole, was asked to submit its report not later than June 18.

A file photo of NAF personnel with an Alpha-jet of the Nigerian Air Force. Photo: [email protected]

On February 21, the Nigerian Air Force lost seven of its personnel and one of its aircraft to a crash in Abuja, the nation’s capital.

The affected aircraft – Beechcraft KingAir B350i – crashed at Bassa village – just a few yards off the runway at the Nnamdi Azikiwe Airport as a result of an engine failure while en route to Minna, the Niger State capital.

Personnel onboard the plane had reported the fault and were on their way back to the airport before the aircraft crashed.

About six weeks after the crash, a NAF Alpha Jet aircraft went missing while on an operation in Borno State in the north-eastern region of the country.

The aircraft lost contact with radar on March 31 while on an interdiction mission in support of ground troops fighting insurgency in the state.

While the plane was later found to have crashed, the Boko Haram terrorist group said it shot it down – a claim NAF authorities swiftly refuted.

As Nigerians recover from the shock of the two crashes, the nation was thrown into mourning yet again on Friday last week after the death of the Chief of Army Staff, Lieutenant General Ibrahim Attahiru, broke.

Attahiru, who was appointed as the Chief of Army Staff in January, died in a plane crash in Kaduna alongside 10 other personnel of the Nigerian Army and Nigerian Air Force.

Meet The New Rolls-Royce Boat Tail, Just 3 Will Be Built