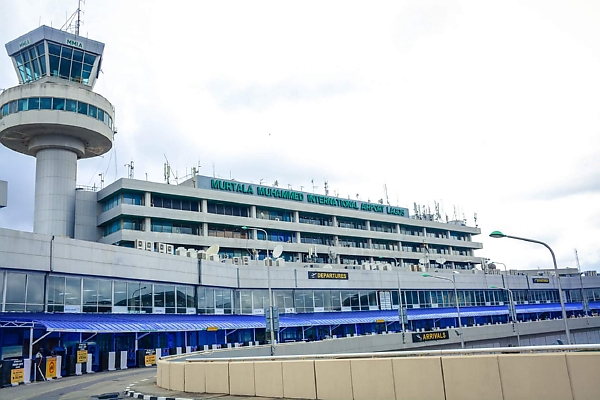 FAAN said only trained officials should be assigned to duty at the nation’s airport.

It occurred barely a week after a Max Air jet almost rammed into a car being tested by mechanic on the runway. 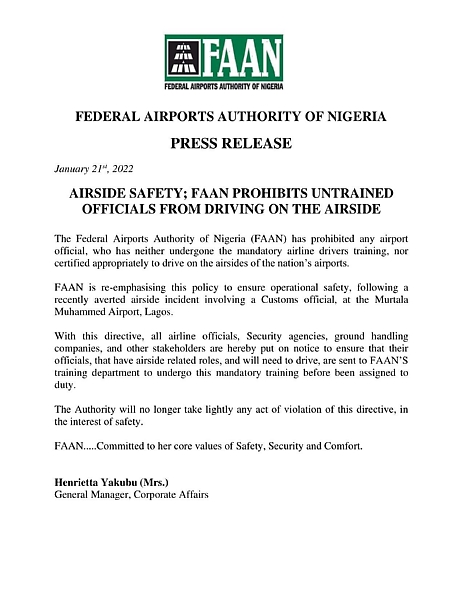 The Federal Airports Authority of Nigeria (FAAN) has barred untrained airport officials from driving on airport taxiways, following the two recent near collisions between aircrafts and vehicles at the Lagos airports.

In a statement, signed by the Authority’s General Manager, Corporate Affairs, Henrietta Yakubu, FAAN said only officials that have undergone the mandatory airline training should be assigned to duty at the nation’s airports.

“With this directive, all airline officials, security agencies, ground handling companies, and other stakeholders are hereby put on notice to ensure that their officials, that have airside related roles, and will need to drive, are sent to FAAN’s training department to undergo this mandatory training before been assigned to duty.

“The Authority will no longer take lightly any act of violation of this directive, in the interest of safety.”

Last month on December 21st, 2021, a speeding vehicle nearly collided with a taxiing Dana Air plane with over 100 passengers onboard at the Murtala Muhammed Airport, Lagos.

The incident occurred barely a week after another major air mishap was averted as a Max Air jet almost rammed into a malfunctioning car that was being tested by mechanic on the Runway 18L.