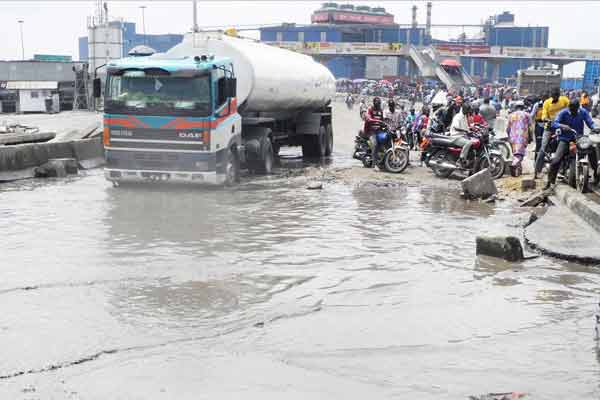 Contrary to claims, the Seaport Terminal Operators Association of Nigeria (STOAN) has said operations inside the port terminals across the country are well organised and professionally coordinated.

Spokesman of STOAN, Dr. Bolaji AKinola, who stated this in a statement, explained that the major challenges facing port operations in the country include dilapidated port access roads, poor traffic management and manual examination of cargo by Customs.

He said terminal operators, like other business entities in Apapa, are victims of the, “dysfunctional state and chaos” on the port access roads.

“The port terminals are well organised and efficient. Concessionaires have done very well to ensure efficiency in their various terminals.

“We cannot control the security agencies saddled with the responsibility of managing traffic on the road,” he said.

He added that terminal operators, more than any other entity in the logistics chain, bear the brunt of the Apapa traffic congestion because it hampers the evacuation of cargo from the port.

“The business of terminal operators is to keep trade moving. We don’t make money from cargo sitting at the terminal. Our profitability is in the volume of cargo we handle so it is in our best interest for cargo to leave the port as soon as possible.

“Unfortunately, those who profit from the chaos on the road make it difficult for trucks to move freely to evacuate cargo from the port,”he explained.

Akinola added that the fact that the roads were cleared and rid of the notorious traffic anytime President Muhammadu Buhari visited Lagos, “shows that security operatives know what to do to deliver us all from the pains we suffer daily from the gridlock.”

“In 2019 when the President visited Lagos, the otherwise intractable Apapa gridlock disappeared. The gridlock also disappeared on June 10, 2021, when he visited to inaugurate the rail line and the Deep Blue project.

“It was not terminal operators that cleared the road; it was the same security operatives that manned the road that cleared it. How did they make it happen? Can they continue to do on a daily basis, what they did on those two occasions of Mr. President’s visits?

“It should be noted the problem with the roads leading into and out of Apapa is caused by bad roads, numerous check points mounted by security agencies and rickety trucks. If these three issues are addressed and adequate parking lots provided for trucks, the gridlock will become history, “he said.

“The trucks that have direct business to do at the port are less than half the number of trucks you see on the road. The other half consists of petroleum tankers heading to petroleum jetties/tank farms and trucks owned by some Apapa-based manufacturing concerns such as Honeywell, Flour Mills and Dangote, among others. 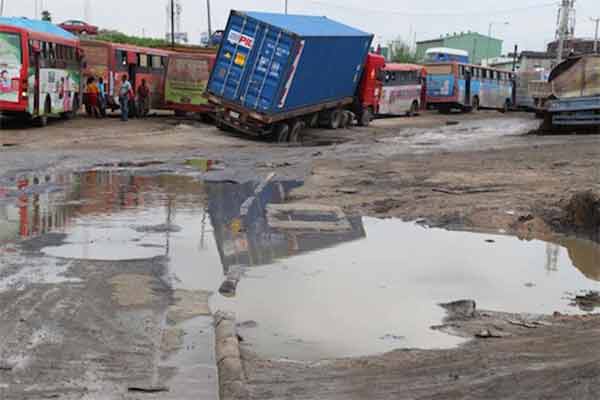 “A few days ago, the Acting Managing Director of Nigerians Ports Authority (NPA) Mr. Mohammed Bello-Koko said NPA counted about 30 checkpoints mounted by security and traffic management officials on the roads in Apapa.

“The truth is that those who mount these illegal checkpoints are profiting from the chaos they deliberately create. It has nothing to do with terminal operators. We cannot control the action of these government officials. Only government can call them to order,” he said.
He said private terminal operators at the seaports invested N538 billion in port development from 2006 when the ports were concessioned to December 2017.

Akinola said the ports have become much more efficient than they were before the 2006 port concession, “but those who thrive in chaos desperately want to cast aspersion on the concession exercise because orderliness does not benefit their pockets.

“Port concession has endured and it is the most successful privatisation exercise of the Nigerian government. Port terminal operators have done very well. If not for the terminal operators, our ports would have since gone into a meltdown. We were all witnesses to the inefficiency and chaos in the port before concession.”