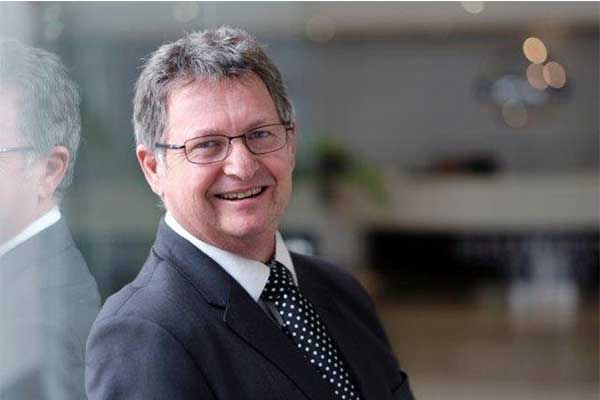 Whitfield, who is also the president of the Association of African Automotive Manufacturers (AAAM) made the plea in a recent media statement.

Though affirmed the AfCFTA as the world’s last automotive frontier, Whitfield lament that fewer vehicles are presently owned in Africa than anywhere else in the world.

According to him, while Africa accounts for only 1.3% of the world’s vehicles, the continent comprises 17% of the globe’s people with a motorisation rate is 42 per 1 000 individuals, compared to the global average of 182.

He said: “The biggest problem is that 80% of the African vehicle fleet is second hand, imported from the UK, the US and Japan.

“Quite frankly, the vehicles that are brought into the continent are not made for either our road severity or the quality of fuel that is available. As a result, the people who sell them have to alter the engines by disabling the sensors and removing the catalytic converters, creating vehicles that become the worst polluters on the road. There are no warranties, nor spares, so there’s no way of maintaining the integrity of the safety features that the vehicles were originally equipped with. There are no spare parts, so plans have to be made to use alternatives, further compromising the efficiency and capability of the vehicle.

“That explains why, for the indigenous auto assemblers, it is incredibly difficult to create a viable automotive market outside of government and corporate purchase, simply because it is cheaper to import second-hand cars.”

As a way out, therefore, Whitfield urged Nigeria and other concerned African nations to without delay, put in place automotive industrial development policies and programmes.

He stressed that the said policy, when put in place, would create incentives for OEMs and automotive manufacturers, to set up assembly plants in those countries, transferring skills, industrialising and diversifying their economies.

“Another compelling reason for Africa to start building its own vehicles and trading within its regions is that, in less than 30 years’ time, the vehicles that Africa has been accustomed to, absorbing from the rest of the world for so long, will be electric. The dilemma is that Africa will not be ready. What we should be doing is working towards this, helping to industrialize our continent, preparing for that transition by developing an automotive sector that creates real mobility solutions for a continent with the youngest population and a growing middle class that is rapidly urbanising. That same automotive industry will also have to keep abreast of international developments, policies and trends so that the vehicles we produce here will be as desirable to foreign markets as they are local.”

AAAM president identified some of the economic benefits of a virile national automotive industry as critically important balances of trade and foreign exchange earnings from exporting of locally made vehicles as against spending vitally needed foreign funds to import them.

But he noted that Africa, at the moment, has only two major automotive manufacturing hubs, is South Africa and Morocco, with Egypt trailing in the third position.

In comparison with Nigeria, he cited South Africa as a very inspiring example of what a sustainable automotive sector can do in partnership with government and organised labour.

“60 years in the making,” he said,  “today the South African automotive sector directly employs 470 000 people and three times more in the value chain. It contributed 7.1% to the GDP in 2019 and earned US$ 14,3-billion through exports.

“But if Nigeria and other concerned Africans key into the recommended Automobile Industry Development Plans, the AAAM believes that African automobile market could rise to 5-million a year.

“The key to that is creating automotive hubs in Africa, which at the moment would be centred in Kenya, Egypt, Ethiopia, Nigeria, Tanzania,” he said.

While Whitfield recognizes the fact that not every country can produce vehicles, he reckons that some could still play a major role in the value chain by beneficiating their natural resources and creating components; like copper for wiring systems, cobalt for batteries or rubber for tyres.

“Those who don’t produce raw materials,” he explained, “can benefit with their trading blocs under rules of origin to ensure that they receive vehicles that are duty-free, but homologated for their regions.

“The World Bank estimates that the effective implementation of the AfCFTA could potentially increase Africa have combined GDP by US$450-billion by 2035 and lift 100-million people out of poverty by increasing inter-African trade by 80%. The automotive sector can also be the critical catalyst for the successful implementation of the AfCFTA, which in itself will be vital to ensuring that the people of this continent can finally break free from the shackles of their past, the poverty and the hopelessness, despite living on a landmass with the vast natural resources that we have.

“Africa will happen; it’s not a question of if but when. By working together, we can accelerate that, creating an ecosystem that truly lifts people out of poverty, creates hope through trade links and good quality jobs.

“But equally, if we miss this opportunity now, we might not be able to achieve this in the future.”

It would be recalled that during the 2021 training workshop event of the Nigerian Auto Journalists Association (NAJA) held in Lagos recently, the Director-General of the National Automotive Design and Development Council (NADDC), Mr Jelani Aliyu assured that Nigeria’s own version of the Auto Industry Development Plan was almost ready and would be passed into law before the end of 2021.